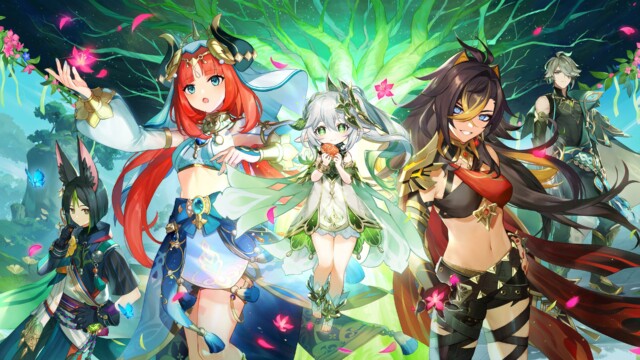 GENSHIN Impact’s 3.0 update will be out soon, and with that new character Banners will be released.

If you want to collect the characters currently in the pool, make sure you do so before the next update drops on August 24.

Returning and new characters in the 3.0 update.

For those who are ready to dive right in, here are all the characters you’ll be able to collect and when.

Which character will be available in Banners when the Genshin Impact 3.0 update starts?

The first phase of characters will be available from the launch date until September 10.

It will include two of the three new characters, as well as a returning five-star fighter.

As usual, characters will be broken up into two groups.

Banner one will include Tighnari, a new five-star character, who uses the bow and has the new Dendro elemental type.

Collei will also be available from this banner. A new four-star character, who also uses a bow and is Dendro type.

Two more four-star characters will also be included in this pool.

Banner two will include old favourite Zhongli, a five-star polearm user with the element Geo, and Collei again.

It will also have two other four-star characters, but it hasn’t been confirmed if it will be the same characters included in Banner one.

Collei will also be given out free during an event in the update, so everyone will have a Dendro character to use.

Tighnari will become permanently available via the standard banner following update 3.1 on September 28, so if you can wait longer, this might be the better option.

Which Genshin Impact characters are available after September 10?

Two banners will also be available for those hoping to unlock new characters after the first phase of the 3.0 update ends.

These Banners are available from September 11 until September 27.

After this, the 3.1 update will drop with new characters available.

The third Banner will include Ganyu, a five-star bow user with the Cryo element.

New character Dori will also be available. She’s a four-star claymore user with the Electro element.

As usual, two other four-star characters will also be included in this pool

Banner four will include Kokomi, a five-star catalyst user of the Hydro type, and also Dori alongside two other four-star fighters.

Players have been asking for the return of Ganyu and Kokomi for a while so this rerun is very welcome.

The length of updates in Genshin Impact has been reduced to five weeks from six, so those hoping to unlock the characters will have to do so more quickly than usual.

Did you miss our previous article…
https://hellofaread.com/technology/fifa-23-marvel-and-fut-heroes-collaboration-announced/

Jacob Rees-Mogg says ‘there’s always a degree of flexibility’ on whether lockdown rules could...