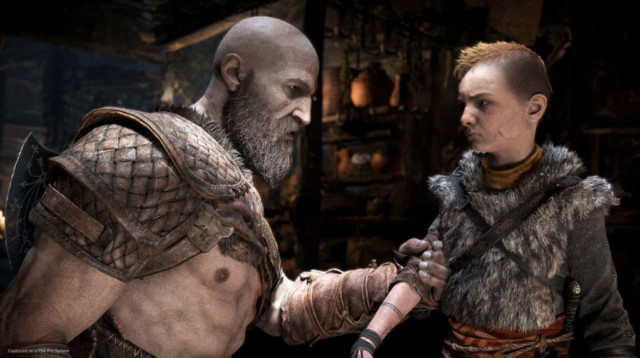 THE God of War franchise has become an institution in the gaming world since the first title dropped in 2005.

A number of successful sequels have followed, but what are they and what’s the timeline of the games?

The first entry in the God of War series provided an introduction to hack-and-slash style of the gameplay, and strategy elements.

It also introduces the franchise’s tortured and complex protagonist, Kratos.

The second instalment carries on from the narrative of the first, but featured marked improvements on the quality of the gameplay.

Chains of Olympus is a prequel to GoW I that initially came out on the PSP, and later on PS3 as part of the GoW: Origins Collection.

The third game marked the end of the original trilogy, and offers soul-searching end to Kratos’ journey.

This was the second GoW game on PSP, and was playable on PS3 the year following its release.

Tomb Raider games in order: By release date and timeline

The story is set between the events of GoW I and II, see Kratos visiting the mythical underwater city of Atlantis.

Ascension is the series’ seventh instalment and is the first chapter in Kratos’ story chronologically.

Read on to find out how to play the games in narrative order.

The latest release is more character driven, and sees players controlling an older, reflective Kratos, trying to teach his son how to fend for himself.

It features all the recognisable combat and puzzles, but moves away from the ancient Greek world to Norse mythology.

It was also the first game in the series to be ported onto PC.

The next game is the series will see Kratos and his precocious son Atreus return.

It’s set to be released in 2022, but a specific date hasn’t yet been announced.

According to GuideFall, if you’re looking to experience Kratos’ story chronologically, you have to play the games out of sync from their release dates.

However, to do so, it will mean that you have to move between consoles, as two of the games are on portable devices.

They suggest the following order:

The upcoming – but as yet unreleased – God of War title, Ragnarok, is recommended as the last one to play.

How to get a refund if you’ve got a holiday booked to Croatia or...