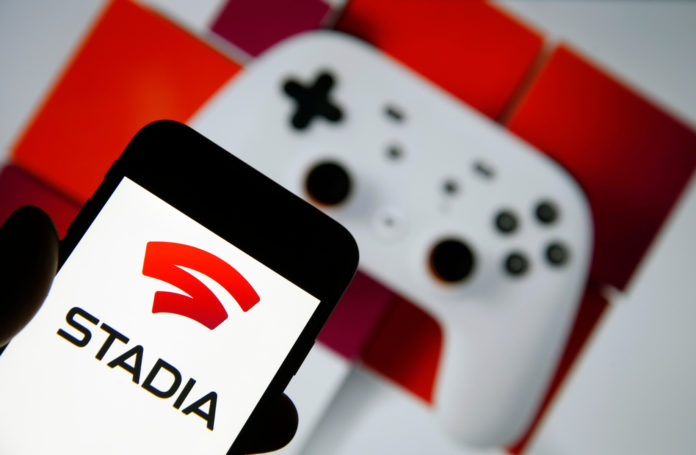 GAMERS looking for something to play while self-isolating at home need look no further than the Google Stadia.

The popular game-streaming service is designed as a replacement to your PS4 or Xbox One, so it’s great news for gamers.

What is Google Stadia?

Google Stadia is a game streaming service that lets you play console-level titles on smartphones and laptops.

Stadia renders the graphics on a Google computer and sends them to you over the internet, a bit like Netflix.

It means you can play games on really rubbish devices, including smartphones or the Google Chrome web browser.

The service costs £119, and includes a Chromecast Ultra and three months of access to Stadia Pro’s free library of games.

You can also buy additional games from the Stadia store.

A free tier called Stadia Base will be added in the coming months, which lets you buy your own games to play at 1080p resolution and 60 frames per second.

How does Google Stadia work and what do I need to play it?

Simply plug the Chromecast into your TV and away you go.

On a PC or mobile, you need the controller and the Google Chrome web browser.

Google has restricted mobile usage to its Pixel smartphone range for now, meaning you need a Pixel 3 or later to play.

The Stadia controller directly connects to the remote computer running your game rather than to whatever device you’re streaming on.

Latency is the time lag between you pressing a button on the controller or keyboard and seeing the corresponding action on the screen in front of you.

If this isn’t near-instantaneous, games become unplayable very quickly indeed, like watching telly with the sound slightly out of sync with the video.

Early demos have been promising, with testers reporting no noticeable lag whatsoever.

You need a 10 megabytes per second (Mbps) broadband connection to play games in 720p HD quality with stereo sound.

That jumps to 35Mbps if you want to play them in 4K with 5.1 surround sound.

The Stadia app works on a range of mobiles.

It’s worth remembering that Google plans to add even more devices to this list over time, so don’t be too disappointed if your mobile isn’t on there yet.

Here are the games you can play on Stadia.

Price and release date – how much does Google Stadia cost

An initial “Founder’s Edition costs £119, and includes a Stadia controller, a Chromecast Ultra streaming dongle and a three-month subscription to what Google is calling “Stadia Pro”.

Normally costing £8.99 a month, Stadia Pro gets you access to free games released regularly – starting with Destiny 2: The Collection.

It’s not essential though: Anyone with Stadia can buy games on their own – without the need for a subscription.

A free, “Base” subscription model will launch in 2020 for people who’d prefer to purchase games individually.

In other news, the PS5 and Xbox Series X could cost a hefty £500 at launch.

And both new consoles are expected to have thousands of games ready at launch.

Are you tempted by Google Stadia? Let us know in the comments!

Maisie Smith sells off old sports bras and leggings for £7 online ‘after quitting...

Amazon finally launches Luna streaming service in the US with free games for Prime...