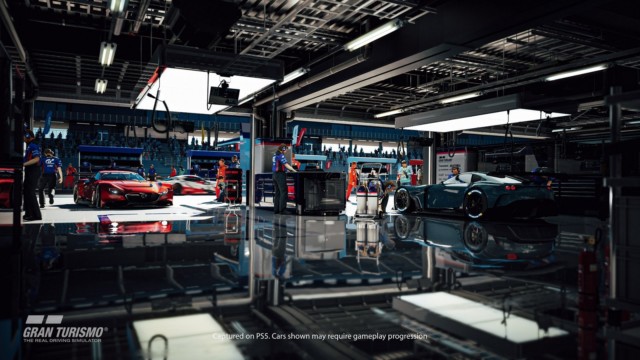 GAMERS, start your engines – there’s a new Gran Turismo game on the way.

We’ve put together a quick guide to the Gran Turismo release date, news, modes and platforms while you wait for launch day.

What is Gran Turismo 7?

Gran Turismo is an iconic video game racing series dating all the way back to 1997.

And Gran Turismo 7 is the latest and greatest entry to the franchise, due out in 2021.

Importantly, it’s the first in the series to debut on the next-gen PlayStation 5 (as a console exclusive, no less).

Like previous entries before it, GT 7 will be a standard racing sim with stunning graphics.

The popular GT Simulation Mode is returning, as well as special events, the driving school, car tuning, a used cars dealership and more.

Sony has also built extra functionality into the game for the new DualSense joypad that ships with the PS5.

The game is expected to run in glorious 4K resolution at 60 frames per second on the PS5, with support for HDR to boot. The game is a PlayStation 5 exclusive – sorry, Xbox owners

Gran Turismo 7 release date – when is it out?

Sadly, Sony didn’t announce a release date to go with it.

Worse still, there’s been no word since about when the game will be out.

Councils ‘to get special grants to rent or buy large homes’ for big Afghan...