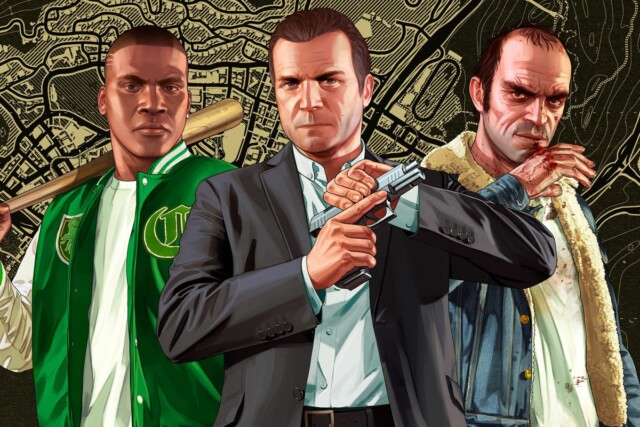 NEW details about the upcoming Grand Theft Auto game have been revealed, and fans are concerned the series is going ‘woke’.

A leak described how GTA 6 would feature two protagonists based on Bonnie and Clyde including a latina woman.

GTA is known historically for only having male protagonists.

It was also revealed that Rockstar wants to be more thoughtful with its jokes, and will try not to ‘punch down’ to people of protected classes.

This could include not making jokes at the expense of things such as race, gender, and sexuality.

The series is known for its shocking criminal activity, excessive violence, and humour involving taboo topics such as politics, religion, and race.

GTA has always been known to be controversial, and many are worried about the games losing their edge.

Taking to social media to air their complaints, fans have been vocal about their fears.

One Twitter user wrote:  “Translation: Woke staff members have sucked the life and creativity out of Rockstar Games like vampires, leaving it a shell of its former self.

“This means that Grand Theft Auto 6 is likely going to suck a** and be filled with anti-conservative, anti-Republican leftist “humour”.”

Another was worried that GTA would lose its uniqueness as a game, saying: “A GTA 6 that is cautious about “punching down” doesn’t sound like GTA. If it goes the Saints Row route, this will be the end of Rockstar as a relevant gaming company.”

Some are worried about Rockstar ‘selling out’ the series for bland mass appeal.

One user wrote: “Somewhere in hell, Jack Thompson is laughing his a** off. F**k off, Rockstar Games, you sell outs.”

Jack Thompson is an American lawyer who is best known for his appeals to have video games banned and/or censored heavily in the U.S.

Others pointed out the hypocrisy of trying to ensure protected groups aren’t offended in a series known for its excessive violence.

One person said: “Rockstar: you will treat women and people of colour with respect… while running them over with a tank.”

Not everyone was disappointed by the news.

One user responded to those who believe the new protagonist is merely a token.

They tweeted: “My brother in Christ, Rockstar created Sadie Adler, one of the coolest, well developed female characters in gaming.

Whatever happens in GTA 6 we won’t find out until it releases in around two years.

Did you miss our previous article…
https://hellofaread.com/technology/afk-arena-codes-2022-every-code-for-july/

EastEnders Phil Mitchell will get back together with ex Sharons arch-rival Shirley Carter say...

Boris Johnson vows Pingdemic WILL end on August 16 and says UK set to...

Prince Harry wants us to stay in yurts, eat mud and then get a...