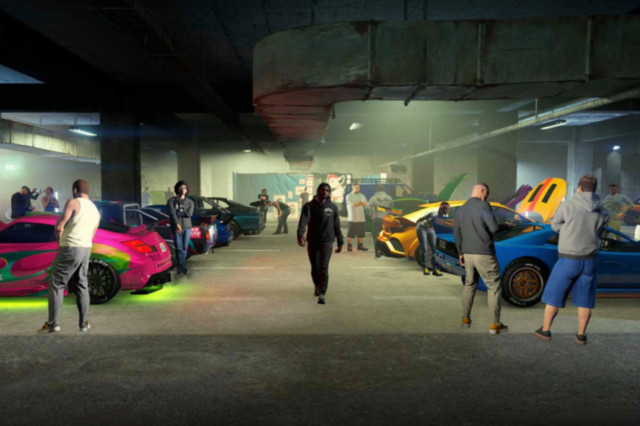 GRAND Theft Auto 5 is about to stop working for millions of players.

The good news is that it will only affect Xbox owners.

And it’s only trouble for people who are playing the smash-hit title via Xbox Game pass.

Game Pass is Microsoft’s brilliantly good value subscription service, getting you access to over 100 top-tier games.

One of those titles is Grand Theft Auto 5, and GTA Online bundled with it.

The game landed in Game Pass on April 8 this year, but is about to leave.

And that means anyone playing it through Game Pass will lose access – unless they outright buy the game.

It’s possible that the removal is linked to the upcoming revamped Xbox Series X and PS5 version of GTA 5.

It’s worth noting that GTA 5 has previously joined and left Game Pass before.

So it’s entirely possible that the game could make a return to Game Pass in the future.

But if you’re invested in the game, it may be worth picking it up.

GTA 5 is currently half price in the Xbox Summer Sale here.

There are two tiers to the membership offering: Game Pass and Game Pass Ultimate.

Game Pass Ultimate gives you access to more than 100 premium games for Xbox and PC.

It includes smash-hit titles, including ones from top-tier franchises like Halo.

The Pass is sort of like a Netflix for games, so you only have access to Game Pass titles while you’re subscribed.

But it also features some additional perks too, including in-game content, exclusive deals, partner offers and consumables.

This normally costs £10.99 a month, but there’s currently a sale that gets you the subscription for £1.

Better still, Microsoft is also throwing an extra two months in for free.

GTA 5 came out around eight years ago, but remains wildly popular – especially thanks to the GTA Online multiplayer mode

EastEnders Ben steps into danger as he fails to hear speeding motorbike after going...