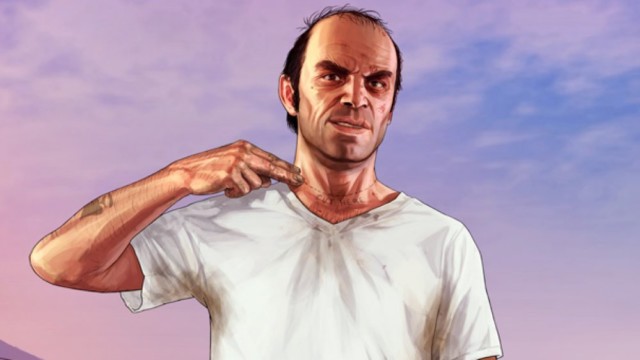 THE latest Grand Theft Auto (GTA) game will boast a major first for the hugely popular franchise, according to the latest rumours.

A trusted leaker claims that Rockstar, the US developer behind the crime simulator, will introduce a playable female character to GTA 6.

She’ll likely be one of multiple law-breakers that gamers can switch between at any time, a model adopted with 2013’s Grand Theft Auto 5.

Rockstar hasn’t announced a new GTA, but multiple reports have confirmed the game is well into development.

Tipped for release in 2023, it’ll be the first big entry to the franchise since GTA 5, which to date has netted an estimated £5billion worldwide.

According to leaker Tom Henderson, who regularly shares big Call of Duty scoops, Rockstar is mixing things up when it comes to its central characters.

“For the first time ever in a GTA title, GTA 6 will have a playable female and male protagonist,” Tom wrote on Sunday.

It’s not clear where he got his information from, but the news lines up with previous reports regarding Rockstar’s character choices.

Fans have called on the company to introduce a playable female character for some time, and GTA 6 represents the perfect opportunity to do so.

GTA 5 came out way back in 2013, so gamers are desperate for a new entry to the series.

But Rockstar and co-developer Take Two Interactive are playing their cards close to their chest, keeping details of the unannounced game a secret.

However, a recent SEC filing by Take Two may have revealed that the game is coming out in 2023 or 2024, according to tech blog CNet.

Each year the firm spends between $10million and $40million on marketing. Importantly, 2023 will mark a decade since GTA 5 came out.

And we’ll be three years in to the lifecycle of the next-gen consoles: the PS5 and Xbox Series X.

This is already the longest wait between and two GTA games. For instance, there was a five-year gap between GTA 4 and GTA 5.

The other bad news is that we still don’t know much about GTA 6, and we might not learn more until 2023.

In May last year, details about GTA 6 allegedly surfaced online.

A purported former employee of Rockstar leaked apparent info about the game, including the names of the main characters.

In it, the anonymous poster claimed the game’s map will mirror the one in GTA San Andreas, with three major cities and one smaller town.

However, it will apparently be larger than the maps of both Grand Theft Auto 5 (GTA:V) and Rockstar cowboy shooter Red Dead Redemption 2 (RDR2) combined.

They include a driver called Walther Wallace, a man named Thomas Branigan with a smuggling plane called “the Raven” and a drug dealer named Marcus Burke.

An unnamed former Israeli IDF agenct was also mentioned in the post.

Missions in the game allegedly won’t be as linear as in GTA:V or RDR2.

Gun mechanics and the the hand-to-hand combat system will be more like RDR2’s, the poster claimed.

Apparently, the game will be set in the 1980s but will later jump to modern times – an unusual narrative choice for the franchise.

According to a lengthy post on Reddit the new game is code-named Project Americas, and has been in development in some form since 2012, a year before GTA 5 launched.

It’s been on-and-off since then, the post says, first picking up properly in 2015 before being put on ice while all of Rockstar’s global studios focused on the final details of Red Dead Redemption 2.

All speculation for now, of course – here’s hoping Rockstar gives us something concrete over the next few months.

Call of Duty has banned ‘OK’ as an in-game gesture over fears it’s a hate symbol.

And, orders of a hotly-anticipated PlayStation 5 modified to look like a PS2 have been cancelled after its creators received threats to their safety.

Are you excited for GTA 6? Let us know in the comments!

How old is Prince Charles? Plus five things you didnt know about The Prince...

Mike Tindall ‘betrayed’ royals on I’m A Celeb in shocking way, according to expert...