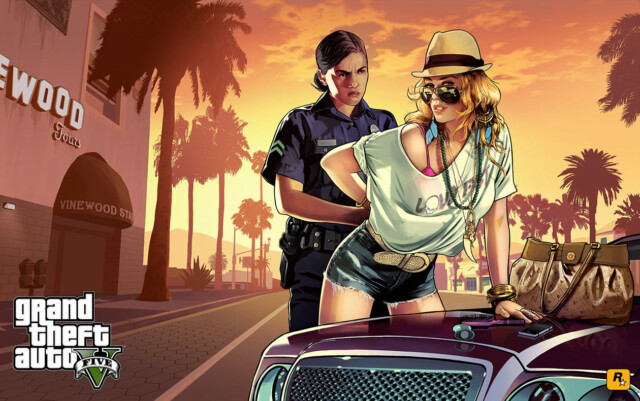 YESTERDAY, over 90 clips from the upcoming GTA 6 were leaked onto the internet, and developer Rockstar Games has explained what this means for the game’s release.

Publisher Take Two has been issuing a number of takedown notices for the footage, hoping to remove it from public view.

GTA 6 will be shown by Rockstar soon it says.

As the footage is copyrighted and belongs to the company, the person who released the footage has no legal right to do so.

On the GTA Forums, the hacker wrote a comment that they wish to “negotiate” with employees at the companies.

However, as their activity is illegal, it is likely that they will continue to follow legal procedures in this case.

In the aftermath of these leaks, Rockstar Games has issued a statement about the lasting effect it will have on GTA 6.

It reads: “We recently suffered a network intrusion in which an unauthorised third party illegally accessed and downloaded confidential information from our system, including early development footage from the upcoming Grand Theft Auto.

“At this time we do not anticipate any disruption to our live game services, nor any long-term effect on the development of our ongoing projects.”

Overall, the statement expressed disappointment that the game was shown before in such an early state.

The statement says: “We are extremely disappointed to have any details of our upcoming game shared in this way.

“Our work on the next Grand Theft Auto game will continue as planned, and we remain as committed as ever to delivering an experience to you, our players, that truly exceeds your expectations.”

Rockstar intends to share official details on the game soon, with footage that has been prepared for the public.

It continues: “We will update everyone again soon and, of course, will properly introduce you to this next game when it is ready.

“We want to thank everyone for their ongoing support through this situation.”

Fans reacted negatively to the content of the leaks, saying it looks worse than nine year old GTA V.

However, it is important to note that the footage shown is not how the final game will look, and that it is still a long way from release.