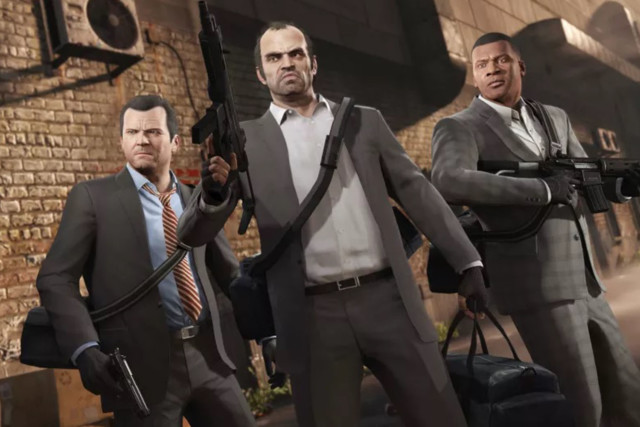 GRAND Theft Auto V is the most recent installment in the GTA franchise and its cast is loaded with Hollywood’s finest.

Character actors, comedians and an adult actress made the roster for Rockstar Games’ all-time classic.

The Grand Theft Auto franchise is one of the successful video game series ever with more than $9billion in gross revenue.

The game, which initially came out in 2013 but has had regular updates, has outlasted the Playstation 3, Playstation 4 and Xbox 360.

While fans are in waiting for the ultra-hyped GTA VI to hit the market, here’s a look at GTA V’s star-studded cast. Shawn Fonteno is a long-time member of the GTA team.

He had a role in 2004’s Grand Theft Auto: San Andreas – the fifth installment in the GTA franchise.

Fontero’s character Franklin is a street hustler that users can play as in story mode. When users play as Michael their accuracy with firearms is upped

Ned Luke’s character Michael De Santa is pulled back into the street life after years on the run – he’s one of the main playable protagonists in the game.

His most recent role was in American Gothic. Steven Ogg had a recurring role on Westworld Michael is one of the more violent characters in the game

Users can enter a code to make the grizzled, balding character drunk and stumbling.

Ogg provided the motion capture as well as the voice for Trevor. Lamar Davis was a fan-favorite side character

Lamar Davis is a popular supporting character in GTA V.

Davis has an in-game pet Rottweiler named Chop who can be partially controlled by the player. The Drunk Driver is an interactive character in the sandbox world of GTA V.

Depending on which protagonist the user is logged in as, the conversations and outcomes with Drunk Driver will change.

The character is supposedly voiced by controversial actor/comedian Chris D’Elia.

But the notoriously sarcastic D’Elia posted on Twitter that this was not him – IMDb and GTAWiki say otherwise.

Lisa Ann, a former adult star turned sports podcaster, played a character named Prostitute #2 in one of the missions.

Comedians Danny McBride, JB Smoove and Hannibal Burress all made contributions to the radio programming as DJs and hosts. Scores of celebs have made contributions to the GTA franchise – Ray Liotta, Joe Pantoliano and even the star of the original Dune film Kyle MacLachlan have done voice work for the series.

The rumor is that Rockstar Games is tapping less widely-known talent for GTA VI, set to release between 2023 and 2025.

Plans to give kids with special educational needs and disabilities better access to schooling...