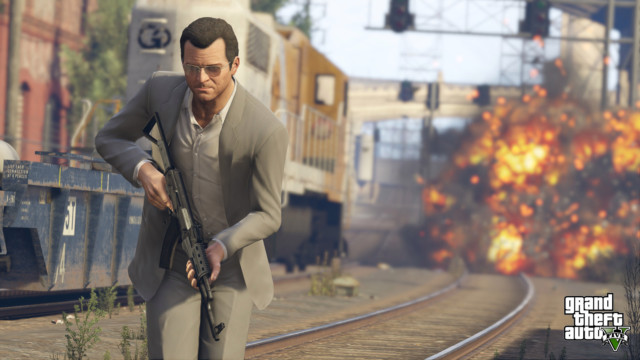 GRAND Theft Auto fans think they’ve uncovered a teaser for the next game.

Importantly, this GTA 6 “clue” is hidden in another Rockstar game – Red Dead Redemption 2.

GTA 5 is nearly a decade old, but is still wildly popular

Rockstar is no stranger to Easter Eggs – they’ve been littered throughout the company’s games for years.

Now YouTuber Strange Man (as spotted by ComicBook) has unearthed a possible GTA 6 teaser in RDR2.

In the game is a skeleton in the desert, with a letter that can be collected by players.

This is sent from Cardinal Blanco to Brother Rodolfo.

The letter is Blanco asking Rodolfo not to travel “east” and instead stay in California.

And Rodolfo is supposed to be Sam Houser, the co-founder and president of Rockstar Games.

The idea is that the game may be moving from the “west” (Los Santos, based on California) to the “east (Vice City, based on Miami).

Vice City was the focus of the fourth main GTA game, but fans think the location will be revisited for GTA 6.

Strange Man also points out that the Blanco name has significance.

She was part of the Medellín Cartel, which was founded by Pablo Escobar, and was shot and killed in 2012, aged 69.

Of course, much of this could be coincidence – or a red herring to throw fans off.

But we’ve now seen a number of leaks linking GTA 6 to a Miami-style Vice City setting.

The grab recently shared on social media shows what looks like a player flying a cropduster aircraft over Vice City, GTA’s fictional take on Miami.

The anonymous leaker, whose image quickly spread across Reddit, did not reveal how they obtained the early shot of GTA 6.

It appears to confirm a torrent of leaks and rumours that suggest the game 6 will see players return to the setting of 2002’s Vice City.

It’s the latest in a string of rumours and so-called leaks about the hotly-anticipated crime simulator from American developer Rockstar.

Grand Theft Auto 5 (GTA:V) came out way back in 2013, so gamers are desperate for a new entry to the series.

But Take Two and Rockstar are playing their cards close to their chest, keeping details of the yet-to-be-announced title a secret.

We likely won’t know anything concrete on GTA 6 until Rockstar officially announces the game ahead of its rumoured 2023 launch.

Yu-Gi-Oh creator Kazuki Takahashi died a hero — as reports reveal he was swept...