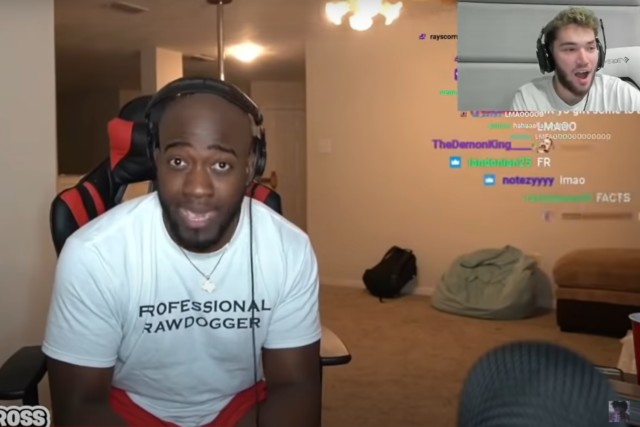 NEWLY verified Twitch streamer and YouTuber Jidion has been banned from the platform after hate raiding Pokimane’s stream.

Jidon ‘Jidion’ Adams encouraged his chat to flock to Pokimane’s Twitch stream, saying “everybody say L + Ratio” in her chat.

Pokimane, who was streaming Valorant at the time, noticed the influx of viewers spamming chat and initially thought it was bots.

After realising she was the victim of a hate raid, Pokimane noted that what Jidion was doing was likely against Twitch’s TOS (terms of service).

“It’s embarrassing, and if you get banned I’m not even gonna be sad.

“I’m not gonna apologise. You did that sh*t to yourself, bro.”

She ended up cutting her stream short due to the prolonged barrage from Jidion’s chat.

“I think I’m gonna end stream. Because as much as I can deal with this, I don’t like that people from his stream are whispering people on my stream.

Jidion, who was just verified on Twitch this week, has received a 14-day ban from the platform which he shared on Twitter.

The community has come to Pokimane’s defence, while Jidion has spewed sexist rhetoric, accusing her male defenders of only chiming in because they’re attracted to her.

He also changed his Twitter profile pic to a photo of Pokimane with no make-up, that did the rounds a few years ago and also resulted in the streamer being on the receiving end of sexist harassment.

Rather than apologising for the hate raid, Jidion has double down, saying:

“I’m not like these other YouTubers imma defend myself when someone lies on me!!!

“My dislike for her has nothing to do with her gender but her as a person, don’t get the two confused!!!!”

He’ll be back on Twitch in a couple of weeks.

Meanwhile Pokimane was also banned from Twitch for 48 hours for streaming episodes of Avatar: The Last Airbender last week.

Scratch your Wordle itch with copycat game that has ‘infinite’ puzzles.

Queen vows to reign past Platinum Jubilee in 2022 and ‘all her life’ as...