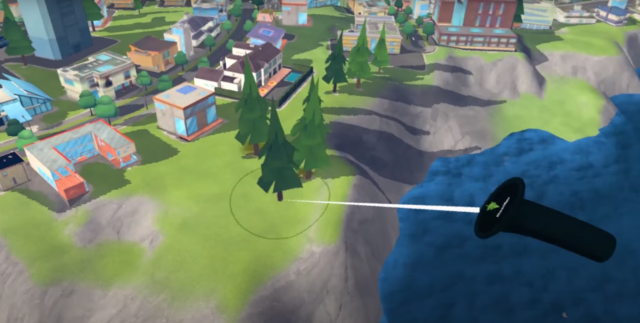 MARK Zuckerberg is giving people the power to rule over their own world in the metaverse with the launch of a new VR app.

The Matrix and Sims-style game is an early glimpse of how the limitless futuristic virtual space could be shaped by users.

Though it’s still quite basic for the moment.

Cities: VR is one of the latest additions to the growing list of apps for the Meta Quest headset, widely regarded as the gateway to the metaverse.

In it, you become a virtual God of your own city, looking down from above.

You have the ability to design neighbourhoods, construct buildings and manage traffic.

Read more about the Metaverse As well as this, you need to handle the economics and emergency services.

You can even take control of healthcare and education for your all-obeying population.

“Fires and Crime sprees due to poor service infrastructures will all be challenges you’ll have to tackle as you build your cities,” developers say.

The game – made by Fast Travel Games – is actually a VR adaptation of city-builder Cities: Skylines.

It was announced during Facebook-owner Meta’s bumper gaming showcase. During the event, one of the company’s top producers said she expects the metaverse to be in full swing within five to 10 years.

Experts think some 5billion users will enter it by 2030. New game even gets you managing emergency services

Did you miss our previous article…
https://www.hellofaread.com/technology/lego-star-wars-the-skywalker-saga-review-the-daft-side-of-the-force/

How to get four Xbox games for FREE – including on new Series X...