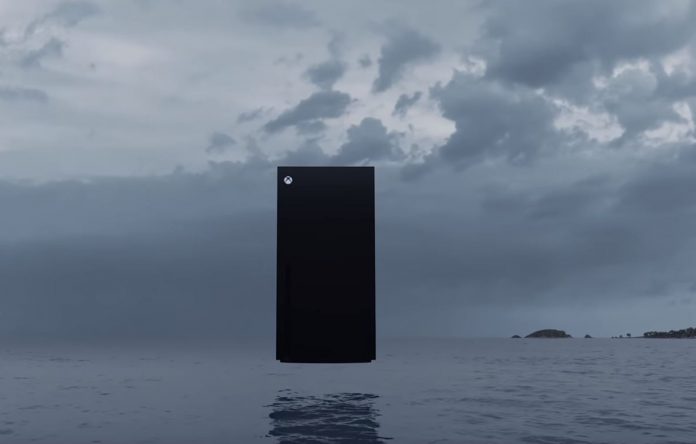 MICROSOFT has finally unveiled its new Xbox console and it’s got a bizarre vertical design.

The US gaming titan says the Xbox Series X will be the “most powerful” console ever and will hit shelves at the end of 2020.

The new Xbox X Series has a strange vertical design

The gaming giant first announced a new console in the summer under the codename Project Scarlett.

Now the firm has confirmed its next flagship device has a new name and a new shape – moving to a taller cylinder design in contrast to the flat box of previous Xbox consoles.

Writing in a blog post on the new console, Xbox boss Phil Spencer said: “Xbox Series X will be our fastest, most powerful console ever and set a new bar for performance, speed and compatibility, allowing you to bring your gaming legacy, thousands of games from three generations and more forward with you.

“Its industrial design enables us to deliver four times the processing power of Xbox One X in the most quiet and efficient way, something that is critically important in delivering truly immersive gameplay.

You can stand the console up or lie it flat

Microsoft also unveiled a brand new controller coming with the console, which looks an awful lot like the one produced for the Xbox One X

“We also designed Xbox Series X to support both vertical and horizontal orientation.

“It’s bold and unique, very much like our fans around the world and the team of collaborators and innovators who built it.”

The console will come with a new wireless controller, which Xbox said had been “refined” to accommodate more people.

Microsoft kept tight-lipped on a price or specific launch date, simply committing to a “Holiday 2020” release. That means around mid-November.

A new game in the popular first-person shooter Halo series – Halo Infinite – had already been confirmed as a launch game for the Series X, but during The Game Awards in the US on Thursday night where the new console was unveiled, a second title was confirmed for the console.

“The footage shared tonight was captured in-engine and reflects the power of Xbox Series X available to developers to deliver new universes, experiences and games in ways you have never imagined,” Mr Spencer said.

Xbox said the new console will run games at 4K resolution – double that of HD – with the possibility of running 8K resolution, and will also process faster so as to “eliminate” loading times around games.

The end of 2020 will be a busy time for the gaming industry, with fellow industry heavyweights Sony set to launch its own next-generation console, the PlayStation 5.

In other news, a recent PS5 “leak” gave us an early look at the console and controller ahead of its 2020 release.

And find out why both the PS5 and the Xbox X Series could be the last consoles you ever own.

Will you be buying the new Xbox next year? Let us know in the comments!

Dani Dyer reveals her bikini body for the first time since giving birth after...