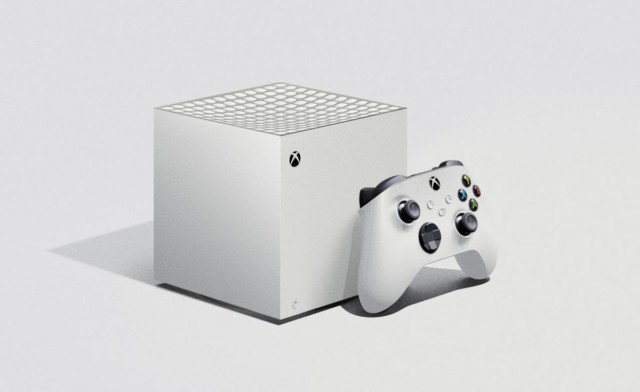 MICROSOFT will unveil a second next-generation Xbox console in August, according to reports.

Apparently, the console will be a cheaper version of the Series X, with no disc tray.

That means gamers will have to download any games they want to play rather than simply sticking in a disc.

Microsoft unveiled the Xbox Series X last year and will release the console in the run up to Christmas 2020.

According to Eurogamer, the US tech titan had planed to reveal a cheaper, smaller version of the console during an event in June. However, this has now been pushed back to August, sources told the site. Eurogamer claims the console will be named the Xbox Series S.

Microsoft has yet to acknowledge that the console even exists, but various high-profile leaks have all-but confirmed it’s on the way.

In terms of power, the Series S will allegedly sport 4 teraflops of GPU performance rather than the 12TF stuffed into the Series X.

For comparison, the Xbox One X – the most powerful Xbox One released to date – has 6TF of power.

The Series S will apparently come with a faster CPU, however, which should give it the edge over the current generation of consoles.

Apparently, it won’t have a disc drive, with gamers relying on game downloads rather than physical discs.

In this sense, it will fill the same entry-level niche as the Xbox One S, which also lacked a disc drive and had lower specs than the One X.

As the Series X is out ahead of Christmas this year, it’s safe to assume the Series S will release around the same time. The Series S is only rumoured for now, so take any news about it with a pinch of salt.

We’ll likely know more about the gaming machine in the coming months when Microsoft finally reveals a few details.

The contraption will apparently run games at 4K resolution – double that of HD – with the possibility of running 8K.

It will also process games faster so as to “eliminate” loading times.

A new Halo title will launch with the console, with Assassins Creed: Valhalla also making its way to the Series X.

The Series X will be up against stiff competition from Sony’s PlayStation 5.

The PS5 was officially unveiled earlier this month and is also due out in time for Christmas 2020. It’s rumoured to cost up to £500.

In other news, Fortnite’s chief says the PS5 won’t beat the Xbox Series X in terms of graphics.

Are you excited for the new Xbox consoles? Let us know in the comments!

Voters in Ian Austins Labour constituency fear party will take us back to the...