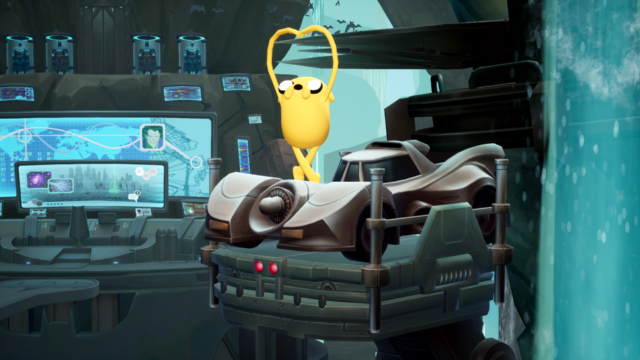 MULTIVERSUS has just left open beta, and the Season 1 patch has revealed a number of changes which will alter the meta.

While many people already have their MultiVersus tier lists nailed down, the new changes introduced in the first season hopes to change up players’ favourites.

Jake has received some balance changes.

Here’s all the biggest changes coming to MultiVersus Season 1.

The free character you can use each match will now be changed on rotation.

Previously, players could play as either Superman, Garnet, Finn, or Reindog, even though they hadn’t purchased the characters using coins.

There will be a new roster introduced from today, and it seems that this will change again in two weeks.

From August 15, to August 30, the four characters which can be playable for free are: Arya Stark, LeBron James, Steven Universe, and Batman.

The character currently available to play will also have an icon so they are easier to find.

MultiVersus players can increase their rewards by purchasing a battle pass.

Those rewards are set to increase in the latest update.

You will receive ten battle pass XP match rewards for winning, double the amount from the open beta.

If you lose, you will still receive increased rewards, five up from three.

The number of times you have to complete certain activities for seasonal missions has also been dramatically reduced.

For example, you only need to complete 50 assists for that mission instead of 125.

There are big buffs being introduced to a number of perks.

Clear the Air, Make it Rain, Dog!, Painted Target, School me Once, Slippery When Feint, Snowball Effect, and Static Electricity will receive increased consistency in their effects.

One perk will receive a significant nerf as many players thought it was too overpowered.

Retaliation Ready will now only apply one HP of unstacked gray health down from three.

Stacked gray health will also reduce from four to two.

A number of characters have received changes so underused characters will hopefully be seen again in the meta.

Arya Stark has added consistency and damage to four of her basic attacks, and one of her specials.

LeBron James has also had four of his basic attacks buffed with added damage, and  inconsistencies in other moves improved.

Wonder Woman has gained weight, she has a shorter cooldown on specials, and she will pull out her shield faster.

Batman, Bugs, Finn, Iron Giant, Superman, and Jake have all received certain nerfs but none compare to the damage done to Velma.

Basic attacks have also been nerfed, including additional recovery and whiff recovery time, as well as reducing her ammo.

Her Knowledge is Power perk has also been nerfed. It used to reward seven HP for five seconds and now gives three HP for three seconds.

If you want to read the complete patch notes you can do so on the official website.

Did you miss our previous article…
https://hellofaread.com/technology/pubg-is-growing-by-80000-player-per-day-since-going-free-to-play/

Priti Patel tells European countries they must do ‘much more’ to stop asylum seekers...