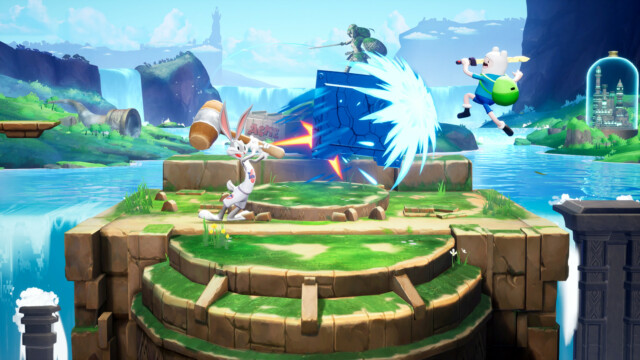 MULTIVERSUS, the fighting game featuring characters from a number of TV and movie franchises, finally has a release date and it’s coming soon.

While fans have been enjoying the MultiVersus open beta, they’re also eager for the finished product and new characters which have been promised.

Play as characters from different TV shows and films.

The release date was originally delayed, but luckily not by very much.

Despite still being in beta, MultiVersus has already amassed an impressive 10 million players for this free-to-play game.

When is the MultiVersus Season 1 release date?

In fact, you will only have to wait a few days for the release on August 15.

No specific time has been given so if you want to join the action as early as possible, keep checking your preferred platform’s store on this day.

Will MultiVersus Season 1 still be free-to-play?

MultiVersus will remain free-to-play even after Season 1 begins.

Those who enjoy the game can purchase the Battle Pass which allows you to earn in-game rewards.

The current Battle Pass is active until the release date on August 15, at which time a new one will be released for Season 1.

When are Rick and Morty coming to MultiVersus?

Alongside the Season 1 release date, the date for the next character to enter MultiVersus has been announced.

Morty, from Rick and Morty, will join the game on August 23.

Rick will also be entering the game, but no specific release date has been given.

All we know is he will be available at some time during Season 1.

What will be included in Season 1 of MultiVersus?

Aside from new playable characters, we have been promised a lot more content for MultiVersus.

New game modes will be released in waves over the course of the season to keep players coming back for more.

Promo codes will be active once the season starts, and players can begin to collect their rewards.

Nothing specific has been announced yet, but there is certainly more to come.