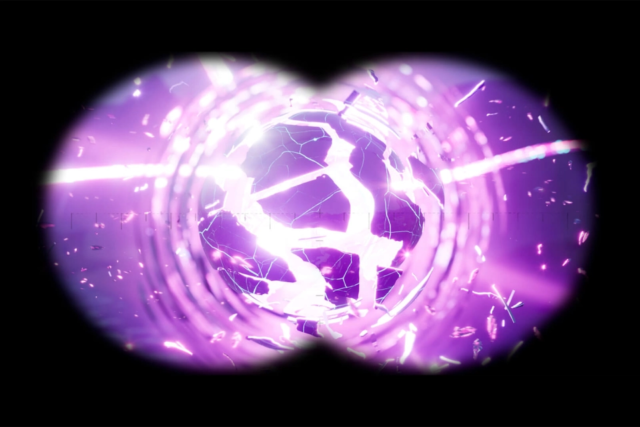 FOOTIE legend Neymar may soon be making a guest appearance in Fortnite.

And Brazil icon Neymar da Silva Santos Júnior looks likely to be the next in-game star.

The transition will be marked by a major in-game event.

Epic Games has issued a teaser for the season, which features a number 10 football shirt.

Another teaser hints at Neymar’s appearance

But also included is a football that fans think is from the 2014 Brazil World Cup.

Neymar is Brazil’s number 10, and he’s even tweeted an “eyes” emoji that could be confirmation of his appearance.

Of course, we likely won’t know exactly why (or even in what form) Neymar is in the game for a few days.

Fans of Fortnite will know that the game is split up into chapters and seasons.

The chapters are the big overarching parts of the storyline.

We’re currently in Chapter 2, which hasn’t ran out of steam yet.

These chapters are then split up into smaller seasons, which typically have their own stories, items and map changes.

Players are now gearing up for Chapter 2 Season 6, which begins very soon.

The new season will be available on March 16 with a software update. You’ll need to download and install the update to enjoy the new goodies on offer.

Epic Games has already teased that the transition from Season 5 to Season 6 will be marked by a major in-game event.

The event is being dubbed Zero Crisis Finale, and is shaping up to be absolutely massive.

Epic Games has even teased some details about the switchover.

“When you first launch into the new season, you’ll play through the conclusion of Agent Jones’ mission in the Zero Crisis Finale,” the game studio explained.

“The aftermath of this event is sure to shape reality as we know it.

“Don’t worry, the Zero Crisis Finale is a solo experience and you can play through it whenever you first log in during the season.

“Want to watch it online first? We’ll share details soon on how you can watch the global premiere with everyone, beginning with our most ambitious story cinematic yet!”

It’s unclear exactly what the event will feature, but fans will find out very soon.

Strictly star James Bye’s wife Victoria breaks her silence after he was left in...