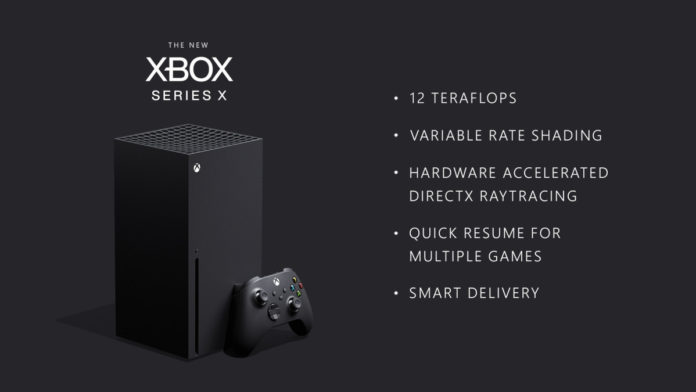 THE NEW Xbox console will come with a handy new feature that makes it easy-peasy to resume games after your console has shut down.

The “Quick Resume” feature means players can reboot the console without saving and then almost instantly start the game up again from where they left off.

With most previous consoles, you’d need to save the game before rebooting them in order to avoid losing your progress.

When you switched them back on, you’d then need to sit through a bunch of loading screens to get back into the game.

With Quick Resume, the whole process is streamlined so you can get back to playing as quickly as possible.

Microsoft introduced a similar feature with the Xbox One to resume a single game at a time from a suspended state.

The Series X, however, will have the capacity to resume multiple games from this state, Microsofts Larry Hryb revealed in a podcast on Wednesday.

The feature will work whether you’ve switched games, your console has been rebooted or you’re resuming from standby.

“I had to reboot because I had a system update, and then I went back to the game and went right back to it,” Hryb said in the podcast.

“So it survives a reboot.”

That’s great news for gamers, as it means you’ll longer have to save your game every time you take a break from playing.

The news comes off the back of a huge announcement this week in which Microsoft revealed fresh details about the Series X.

Out in time for Christmas 2020, the console will be eight times more powerful than the original Xbox One.

Microsoft is also making the old Xbox games backwards-compatible, describing it as “four generations of gaming”.

You’ll be able to play original Xbox, Xbox 360 and Xbox One games on the new console.

And these games should be improved by steadier framerates, faster loading times and improved resolution.

There’s also no price yet, but this kind of performance won’t come cheap.

The announcement about the next-gen console came amid near-total silence from Sony about its upcoming PlayStation 5.

While we know Son’y console will be out shortly before Christmas around the same time as the Series X we know little else about it.

Like Microsoft, the company hasn’t announced a price but we also don’t know what the PS5 even looks like yet.

Sony is expected to make an announcement about the console in the coming weeks.

In other news, the Xbox Series X will be eight times more powerful than the Xbox One, according to Microsoft.

The PS5 and Xbox Series X couldcost a hefty 500 at launch.

Will you be upgrading to the Xbox Series X or PS5 this year? Let us know in the comments!