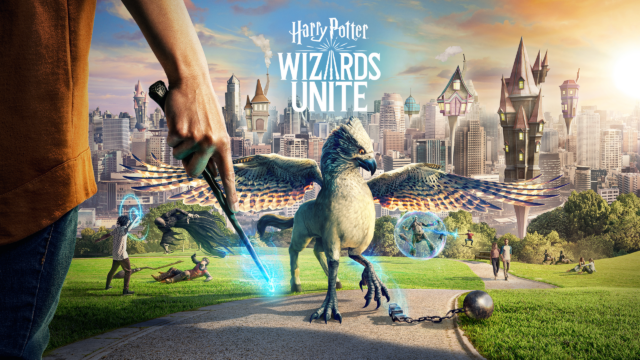 NIANTIC has changed the world with Pokémon Go. With this one smartphone app, more people than ever were meeting up outside to play video games.

Not all of Niantic’s games have been a smash hit, though. Harry Potter: Wizard’s Unite launched in June 2019, only to be closed by January 2022.

The game was developed in collaboration with Warner Bros. and was published by Niantic. It had the base of Pokémon Go but none of the popularity.

Niantic is about to launch a new licensed mobile app, Marvel World of Heroes, and we wanted to know whether it would be one of Niantic’s great successes or failures.

We had a chance to speak with CEO John Hanke about all three projects, the basis for the games, and how the upcoming game will be different.

Both IPs were – and are – highly popular, and the games were both based on AR mapping technology.

So what was the big difference that made one so successful and the other flounder?

Hanke says: “I think it’s probably like any other genre of games, you know where you have to make a great game.

“So I don’t think the audience will tolerate a mediocre game.

“There are so many choices, so many great games getting made. There’s amazing stuff out there competing for people’s time.

Asking about whether he had any regrets about the game’s eventual shuttering, Hanke seemed content.

He explains: “It had an audience and we were able to bring it to a nice conclusion for the audience.

“We were able to bring the story and the narrative to a close.

“I felt that was better than having it drag without closure. It had a story arc that it needed to finish.”

While he didn’t explicitly point out what exactly made Pokémon Go a great game and Wizards Unite not one, there were changes the company will make going forward.

He tells us: “It was a joint project between ourselves and Warner Bros. so it wasn’t the easiest project to manage.

“Two companies working together on a project is a challenge to manage over time.

“We probably won’t do that again. [We will] build our games fully ourselves, and publish them completely independently.”

So aside from building Marvel World of Heroes independently, what other changes will make it fall on the Pokémon Go end of the Niantic scale of quality?

We asked a little bit about the upcoming game, and the similarities and differences it will have.

Hanke says: “What’s common is that you go out in the world to play, and there are locations that are important.

“So in that sense, you can see it belongs in this family of games we create.

“The whole pantheon of Marvel heroes and villains is represented in the game but it allows you to take on the identity of a character, you can take on superpowers, and you fight enemies alongside Spider-Man and Captain America and the other Marvel heroes.

“You can heavily customise your character.”

Just how you will take on crime, or meet and interact with other Marvel heroes is still unclear, but it seems to have the same exploration, and world-building as Pokémon Go at its core.

Did you miss our previous article…
https://hellofaread.com/technology/fifa-23-is-giving-out-free-team-of-the-year-cards-heres-how-to-get-yours/

Love Island fans reckon Connor is lying through his veneers as he claims hes...