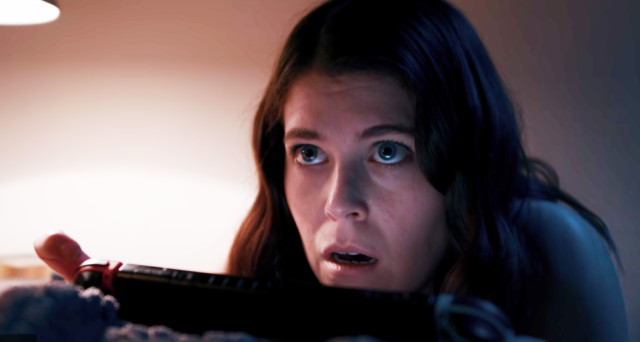 A TERRIFYING short film featuring a demon appearing from an Animal Crossing game has inspired movie directors to make a feature length version.

The six minute horror movie can be watched on YouTube and was shot by director Julian Terry during a quarantine.

Terry’s film is called ‘Don’t Peak’ and although it features a Nintendo Switch, it’s not actually affiliated with Nintendo.

According to Deadline, producer Timur Bekmambetov wants to turn the popular YouTube video into a full movie.

Bekmambetov is known for producing horror films like Unfriended and he directed Night Watch and Day Watch.

Terry recently commented underneath the YouTube video: “DON’T PEEK is officially becoming a FEATURE FILM with yours truly in the DIRECTOR’S CHAIR!

“Timur Bekmambetov will be producing it!! I’m so excited to start filming! Keep up to date on insta: @JulianMovies”.

He also responded to a commenter who was concerned about the legal implications of using Animal Crossing and a Nintendo Switch in the full length film.

Terry said: “It’s not an Animal Crossing feature. We know we can’t legally get away with that.

“The story is actually something else entirely and taps into the nostalgia of video games. I can’t wait for you all to see it.”

In Don’t Peek we see a girl playing Animal Crossing on a Nintendo Switch in a dark bedroom.

She soon learns that the character on her screen can control lights in her room but things turn sinister when a ‘monster’ in the shadows of the game asks “Will you let me out?”.

It soon turns out the monster is also in her room leading to a rather terrifying jumpscare moment.

In other news, a disabled gamer has shown how he wipes the floor with his enemies on Overwatch while exclusively playing with his feet.

And, Valheim has got loads of new content planned – including at least four major updates.

Do you think video games make for good horror films? Let us know in the comments…

I’m A Celebrity campmates break down in tears and insist they will be ‘friend...

Meghan Markle news – Duchess of Sussex celebrates Mother’s Day in the US with...

EastEnders’ Lacey Turner teases Stacey Fowler will be back ‘soon’ after she’s sent to...