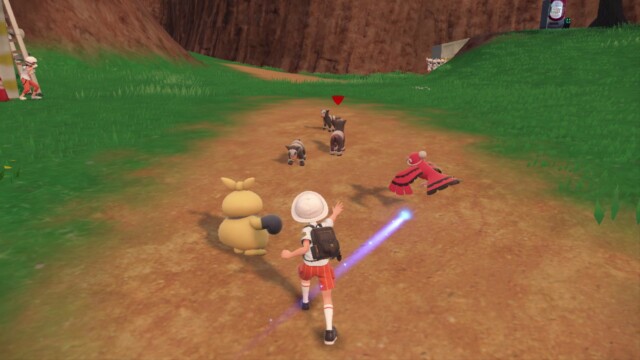 THE latest pair of Pokémon games, Scarlet & Violet, released just 10 days ago with a number of bugs and technical issues, and unofficial fan-made versions are now fixing the games.

Scarlet and Violet launched on November 18, 2022, and some players immediately started tinkering with them to bypass their more obvious shortcomings.

Pokémon Scarlet and Violet’s impressive launch has been mired in performance issues.

Thanks to a modder known as Theboy181 on Twitter, there’s now an unofficial version of Pokémon Scarlet and Violet that runs on a PC instead of the Nintendo Switch console.

This PC mod lets the games perform at the much smoother framerate of 60 frames per second, instead of the usual 30fps that the Switch is struggling to keep up with.

Theboy181 posted a short video on Twitter showcasing a significant improvement in the games’ performance achieved through their unofficial mod.

The mod is not available for download at the moment, and it is unclear if it will ever be made available to the public.

Pokémon Scarlet and Violet have been released officially by Nintendo and The Pokémon Company only for the Nintendo Switch console.

Therefore, running the games on another platform through emulation is illegal and amounts to piracy.

On the Switch, players have complained that the games regularly slow down to 5fps or less in busy areas.

Scarlet & Violet’s technical issues are more noticeable when using the console in docked mode, with a TV.

This is one of the earliest unofficial modifications to Scarlet and Violet since launch, the first being the ‘Remove Sheeran’ mod, which eliminates Ed Sheeran’s song ‘Celestial’ from the games’ soundtrack.

Despite their technical woes, Pokémon Scarlet and Violet have managed to become the fastest-selling Pokémon games ever in just three days since release.

Fans are still hoping that the games’ technical issues will be fixed soon via official patches and updates from developer Game Freak.

Did you miss our previous article…
https://hellofaread.com/technology/god-of-war-ragnark-interview-biker-gangs-inspired-the-gaming-gods/

What time is PMQs today?

German Love Island is so raunchy it puts the UK version to shame with...

Piers Morgan to lift the lid on explosive Meghan Markle ‘debacle’ that saw him...