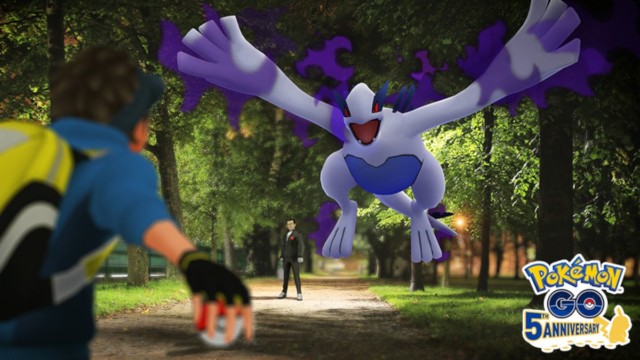 GIOVANNI and Lugia are back on Pokemon Go for a limited time.

Users are keen to learn how to beat the character and get Shadow Lugia fast.

Giovanni is back for a short while on Pokemon Go

Pokemon GO: How to beat Giovanni

Giovanni, the Team Rocket Go leader, is back in the game to ruin the current Festival of Lights event.

His appearance is a part of the Misunderstood Mischief Special Research task that has been going on since September 2021.

According to Go Sunoob, Giovanni will always start the battle with Persian, who will always attack with dark and normal-type moves.

To fight back, you will need to equip yourself with a solid fighting Pokemon like Machamp and Lucario.

Pokemon Go can be played on several devices

The second Pokemon could be either Kingler, Rhyperior, or Nidoking.

Kingler can be defeated with grass or electric attacks. Go Sunoob suggests Magnezone, Vileplume, Torterra, and Zapdos to take on Kingler.

Rhyperior is reportedly the easiest to defeat and has several weak points. “You need to get in quick with high damage attacks and finish it off before it can cause damage. Torterra, Cobalion, and Excadrill are all possible choices,” the outlet reports.

Nidoking can be defeated with ground, water, ice, and psychic attacks. Aloha Sandslash, Empoleon, Stunfisk, and Excadrill are good choices to go up against this Pokemon.

For the final battle, you will go up against Shadow Lugia, which is weak to a variety of different attacks. Ghost, dark, ice, rock, and electric can all destroy Shadow Lugia.

Raikou and Terrakion are two perfect choices to battle the final boss.

How can I buy the Nintendo Switch OLED?

The Nintendo Switch OLED is now available to buy from a number of places online, with prices the same across the board.

It’s not long now until it properly launches, but there’s no harm in order yours in advance – indeed, given the increasing supply issues, it’s probably a smart idea.

In the U.S. you can buy the new model of the Nintendo Switch from a number of different stores for $349.99.

If you’re interested in the OLED Switch, we’d recommend buying it as soon as possible.

It’s possible that people who can’t get a Sony or Microsoft console will default to buying the Nintendo Switch OLED this Christmas.

And that’s not even counting the vast number of Nintendo fans who will likely be lining up to place their orders.

The Nintendo Switch OLED is an updated version of the original console, which was released back in 2017.

Did you miss our previous article…
https://www.hellofaread.com/technology/fortnite-item-shop-removes-daily-section-featuring-travis-scott-emote/

Xbox One Black Friday deals 2020: What to look out for