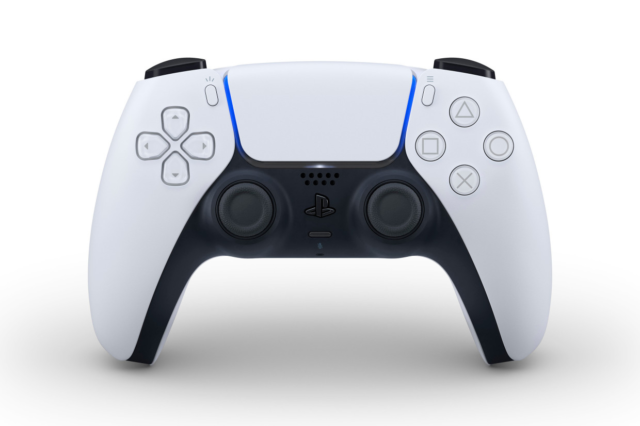 GAMERS could finally get their first look at the PlayStation 5 next month, according to reports.

Sony is allegedly working towards an event on or around June 5 where it may reveal the mysterious console alongside a handful of its launch games.

The PS5 controller is a bit Space Age. Sony is keeping the design of the console itself a secret

The Tokyo tech titan announced the PS5 last year alongside a few details about its specs and a tentative “Holidays 2020” release date.

That may all change next month when the firm hosts a big summer reveal event, likely on June 4, according to VentureBeat.

Insiders told the tech news site that it’s “possible” the PS5 itself will be revealed alongside some of its first games. A demo of some early gameplay may also be on the cards, according to the report.

However, the source was not able to say for certain what – if anything – would be revealed at the alleged event.

As for whether we’ll see the PS5, they said: “It’s possible, but I cannot confirm that.”

Sony has yet to officially announce any major events for next month, so take the report with a pinch of salt. Microsoft has already unveiled the design of the Xbox Series X

What we know for sure is that the company will host its annual State of Play presentation in August.

It’s safe to say we’ll get a good look at the PS5 then if Sony hasn’t already made its long-anticipated reveal by then.

Sony is currently lagging behind Microsoft when it comes to details on its new console.

The US firm will release the Xbox Series X later this year, and last week hosted a live-streamed event showing off some of its launch games.

The Series X will apparently run games at 4K resolution – double that of HD – with the possibility of running 8K.

It has a sci-fi controller that features haptic feedback, which means you’ll feel different sensations through the controller as you play.

Neither firm has announced how much their respective consoles will cost.

In other news, here are free Xbox and PS4 games you can download in May 2020.

Will you be buying the PS5? Or is it too soon to say? Let us know in the comments!

What happened to Toyah Battersby in Coronation Street?

Who is in The Big Night In line-up? All the celebrities taking part alongside...