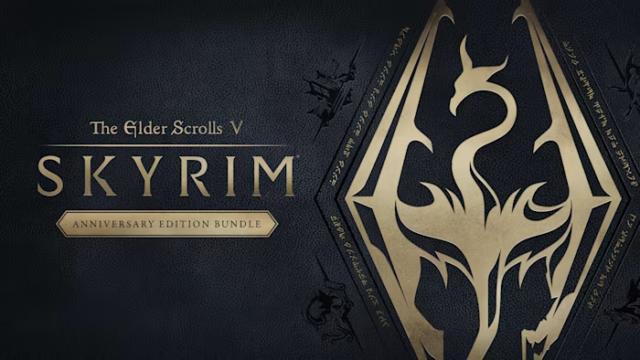 NINTENDO has just announced a new version of Skyrim is coming to the Switch, and players who want the complete package will have to pay again.

It’s been 11 years since Skyrim first released and we have long lost track of how many versions there are.

The Anniversary Edition bundle for Skyrim is coming to Nintendo Switch.

There’s three different editions for PC, one for each of the last three generations of console, and if you want to play on Amazon Alexa, there’s even a version for that.

Developer Bethesda struck gold when it released Skyrim, and has shown no sign of slowing down with new version releases.

The truth is that fans continue to buy it, and pay out again and again for the latest version.

This time it’s the Nintendo Switch’s turn to receive an additional Skyrim release.

The Skyrim Anniversary Edition is heading over to the console promising “new quests, foes, weapons, and more awaiting you in Tamriel.”

However, those who wish to have all the Skyrim content in one place will have to pay out once more for the upgrade.

The Nintendo Switch release has some exclusive content from The Legend of Zelda.

This includes compatibility with The Legend of Zelda amiibo – sold separately, of course.

Skyrim Anniversary Edition is now available via the Nintendo eshop for £59.99 ($69.99) if you want to purchase Skyrim again.

However, there is one saving grace for those who have already purchased the game.

UK players will be able to upgrade to the Anniversary Edition for £17.99 if they already own the base game.

However, buying the two separately is still more expensive.

The original 2017 Nintendo Switch release was only £10 cheaper than the Anniversary Edition.

Those who held off on picking it up will get a better deal if they purchase the Anniversary Edition bundle.

Im A Celebs Nadine Coyle says Cheryl doesnt like me in unearthed clip from...

NO more groups will be exempt from NHS track & trace isolation & app...

Boy, 14, dies after getting into difficulty swimming in lake during 26C heatwave