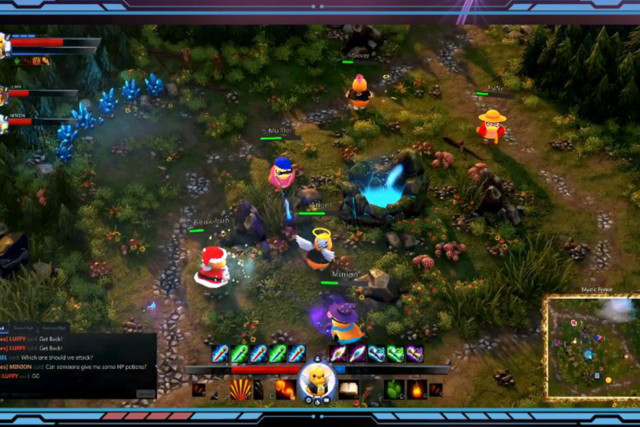 SOLCHICKS is gaining popularity as one of the leading fantasy play-to-earn gaming ecosystems on the Solana blockchain.

The game features adorable “battle chicken” characters, which players can acquire to win money as they play.

SolChicks is an NFT-based battle-royale style virtual game, where users can earn cryptocurrency by playing.

The story of the game centres around SolChicks, a “proud race of battle chicken” and their home planet Chicco, which had been attacked.

In the game, players can purchase and sell non-fungible tokens (NFTs) and participate in battles with other users to earn money and improve their ranking.

As all other play-to-earn games, SolChicks has its own token, called CHICK.

In December 2021, the game reportedly generated so much hype around its Initial Game Offering (IGO) that it caused a significant slowdown in the Solana network, according to Play to Earn.

Metaverse play-to-earn (P2E) games are gaining popularity, by combining a fun gameplay with the opportunity to win real money.

Read more about popular play-to-earn games The Sandbox, Decentraland, Town Star, and how they compare.

SolChicks is built on the Solana blockchain, a challenger to Ethereum as the blockchain of choice for building decentralised applications.

The game allows players to collect their characters as NFTs and store them in a digital wallet.

There are only 10,000 origin SolChicks, the adorable chicken characters, and each one is unique, but players who own two of them will also be allowed to breed them to produce SolEggs.

The original SolChicks fall into one of five categories based on the rarity of their attributes.

Throughout the game, players can progress their SolChicks through 60 levels, from a Tutorial, through Fledgling and Progression, and finally Endgame.

SolChicks are highly customisable based on their primary and secondary stats, which can be improved through buying and adding NFT attributes.

An important element of the game is bonding with your SolChick – you need to regularly feed it and participate in PvP (player versus player) battles with it to gain experience.

How to earn money in SolChicks?

As with other play-to-earn games, SolChicks players are rewarded for their efforts and time put into the game.

There are multiple ways to make the game profitable.

Each week, players are ranked based on their level and achievements, and rewarded with CHICKS tokens.

Users can also sell and trade their in-game assets and rewards as NFTs.

Breeding the SolChicks creates unique NFTs which can also be sold in the marketplace for profit.

And finally, players can earn the in-game currency SolCoins, which can be used to make the gameplay experience even more enjoyable.

The demo version of the game is currently available to all players through the SolChicks website.

The game will ask for your name, email address, and to subscribe to the SolChicks Twitter feed.

Once all of this has been completed, you get to choose your character from one of the three main SolChicks categories – Bishop, Gladiator or Wizard.

You can then start bonding with your character and participating in PvP battles and raids.

The battles you engage in are based on a matchmaking system that connects you to opponents of a similar skill level.

By winning battles, you can earn SolCoins and other rewards, and advance your SolChick ranking.

On the other hand, raiding sees high-level players teaming up against powerful monsters called SolFox.

Did you miss our previous article…
https://www.hellofaread.com/technology/pokemon-legends-arceus-fans-are-obsessed-with-giant-sexy-lopunny/

Prince Harry flashes his wedding ring to a group of Japanese schoolgirls after they...