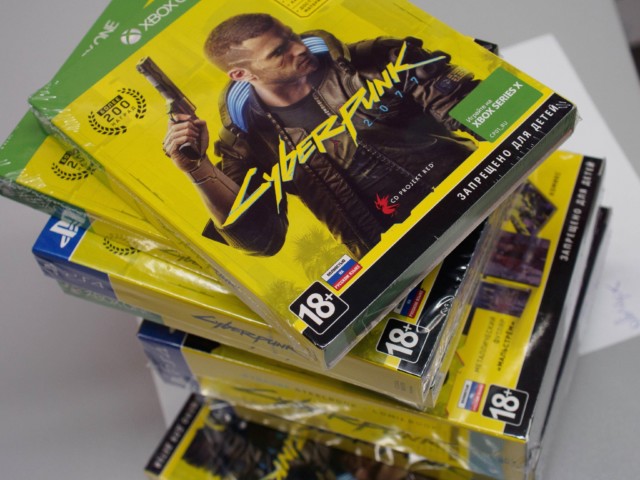 SONY has yanked Cyberpunk 2077 from its online store and offered customers refunds amid reports of “game-breaking” bugs and glitches.

The futuristic adventure game, which stars Keanu Reeves, was released last week on PC, the new PlayStation 5 and Xbox Series X, as well as the previous generation PlayStation 4 and Xbox One.

Players have mostly complained of crashes on the older consoles, such as poor frame rates and screen tearing.

Sony said it “strives to ensure a high level of customer satisfaction” and has removed the game from the PlayStation Store “until further notice”.

However, Sony too began experiencing issues of its own, with problems in the form posted online to submit refunds, tweeting: “We’re working to get it up and running as soon as possible.

“Sony strives to ensure a high level of customer satisfaction, therefore we will begin to offer a full refund for all gamers who have purchased Cyberpunk 2077 via PlayStation Store,” the company said.

“Sony will also be removing Cyberpunk 2077 from PlayStation Store until further notice.”

The Polish studio said it should have “paid more attention” to how the game played on consoles like the PlayStation 4 and Xbox One.

On Monday, the developer pledged to fix bugs and crashes happening within the game through two major updates early in 2021. Customers were offered help if they wished to seek a refund. “Dear gamers, first of all, we would like to start by apologising to you for not showing the game on base last-gen consoles before it premiered and, in consequence, not allowing you to make a more informed decision about your purchase,” CDPR’s said at the time.

“We should have paid more attention to making it play better on PlayStation 4 and Xbox One.”

Cyberpunk 2077 is believed to be one of the most expensive video games of all time.

It was played by more than a million people in the four hours following its long-awaited release on December 10.

The game is set in a dystopian Sci-Fi world where humans are part machine.

You play as V, who you can customise throughout the game with new cyborg implants and augmentations.

Keanu Reeves, 56, plays Johnny Silverhand, a “legendary rockerboy” who is a key character in the game.

The RPG is out on Xbox One, PS4, PC and Google Stadia, as well as the new consoles from Microsoft and Sony: The PS5 and Xbox Series X.

In other news, cyber security buffs have issued a warning over dangerous Cyberpunk 2077 scams that could rinse your bank account.

What do you think of the Cyberpunk 2077 fiasco? Let us know in the comments!

Did you miss our previous article…
https://www.hellofaread.com/technology/ps5-console-stock-uk-today-playstation-5-pre-orders-at-amazon-plus-currys-game-argos-very-dualsense-charging/

Love Island’s Camilla Thurlow reveals she’s ‘overcooking’ her baby as she goes past due...

Bake Off fans convinced Masked Dancer’s Candlestick is show judge – did you spot...