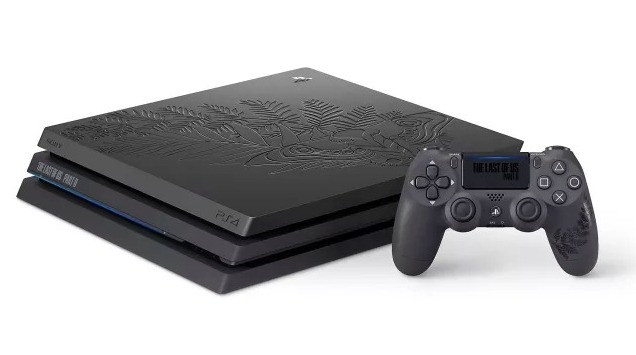 SONY has unveiled a new special edition PlayStation 4 in what could be the console’s last hurrah before the debut of the PS5.

The limited edition PS4 Pro will be bundled with The Last of Us Part II when the game launches next month, Sony said in a blog post.

The $400 (£325) bundle includes a copy of the blockbuster zombie survival game as well as a custom PS4 Pro and controller.

The console is engraved with a tattoo design sported by Ellie, the game’s main character, and will be available in the US and Canada on June 19.

Sony said the console would not be available outside of North America.

John Sweeney, art director at Naughty Dog, which produces the Last of Us series, said the new PS4 design was inspired by fan reactions to Ellie’s ink.

“When we first revealed The Last of Us Part II, we had no idea how quickly fans would embrace Ellie’s tattoo,” John said.

“Within a day, we started seeing real-life versions showing up on social media and fans have been sharing photos of their new tattoos with us week after week ever since.”

He added that the design – a butterfly perched upon some fern leaves – had become a “symbol of the game and for the community”.

In addition to the custom console and controller, Sony also announced a $99 The Last of Us Part II-themed Limited Edition Gold Wireless Headset. The PS5 controller is a bit Space Age. Sony is keeping the design of the console itself a secret for now

A 2TB Game Drive with a laser-etched design of Ellie’s tattoo will also be available for $89.

Last but not least, Sony has partnered with Kansas City’s Boulevard Brewing Co. to create special The Last of Us Part II-themed beer.

The company will be selling six-packs of its “Space Camper Cosmic IPA” booze to celebrate the launch of the game.

The new PS4 Pro bundle may be the last version of the console we see before the release of the PS5.

Sony has said it will release the game during the “Holidays 2020” season – likely meaning sometime in November or December.

It will be up against some stiff competition: Microsoft has confirmed it will release its new console – the Xbox Series X – around the same time.

Both next-gen machines are expected to cost somewhere in the region of £500 at launch.

In other news, Sony will allegedly announce the PS5’s release date and first games in June.

Here are free Xbox and PS4 games you can download in May 2020.

And, You can check your Xbox addiction over the past 10 years with the new ‘My Decade on Xbox’ tool.

What do you think of the new PS4 design? Let us know in the comments!

Trump would have to quarantine if he visits his Scottish golf course to avoid...