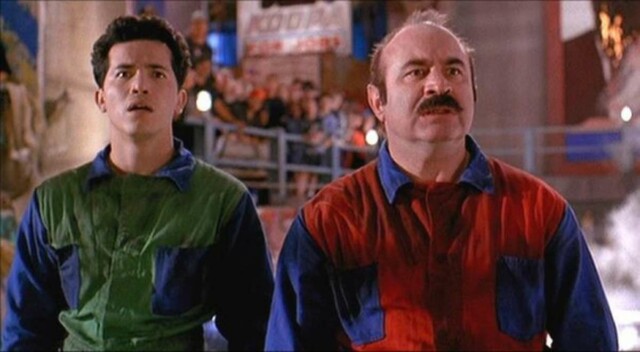 VIDEO game movies don’t have a great reputation, and it’s no surprise when you look at this lineup.

They often get lots of money poured into them. Huge stars, expensive sets, and marketing like you wouldn’t believe.

However, it’s very rare all that investment gets any substantial return, with bomb after bomb hitting the silver screen.

There have been exceptions. Both Sonic the Hedgehog movies have done very well, as well as Sonic’s Netflix show and a third film is already in development.

That doesn’t change the fact that, by and large, movies about video games are a recipe for disaster.

We’ve picked out the very worst of these films to ever hit the big screen, and will endeavour to explain what made them so disastrous.

This movie based was based on a 1996 shooter that you may not have heard of. It did alright for itself at the time but hasn’t made much of a long-lasting impact.

It’s your classic horror plot. A group of promiscuous teens go somewhere to party, only to slowly get picked off by monsters.

Amazingly, this film did well enough to warrant a sequel in 2005, but no one watching it now would call it good at all.

BloodRayne had everything a game needed to pique the interest of Hollywood. It had vampires, it was violent, and the Nazis were the bad guys.

Uwe Boll was handed the reigns for this project, who had previously directed two other video game movies and would direct more in the future.

One was House of the Dead, which we’ve already discussed, and another is one we’ll be talking about shortly.

To put it nicely, he wasn’t good at making video game movies, and BloodRayne was no exception.

This film got a £20 million budget and only made back £3 million.

Street Fighter has had more than one film made about it over the years, and if you need us to tell you they’re all bad, then you haven’t been paying attention.

While the original 1994 wasn’t good, it at least managed to have a bit of whacky charm that could endear you to it in some way.

This 2009 film completely sucked out all of that joy and made it like every other bland action film of this era.

Mortal Kombat is another series Hollywood refuses to give up on, with a film based on it releasing as recently as 2021.

That movie was fine, so if you want something truly terrible, you need to look at this 1997 abomination.

Some of the dialogue in this film was so terrible it has achieved meme status, something only the very worst films can pull off.

However, while we laugh at it now, it can be considered a box office success. From a budget of £25 million, it grossed £42.6 million.

Despite outputting consistently sub-par products, Resident Evil is adapted to other forms of media very frequently.

A Resident Evil TV show was released just a couple of weeks ago in 2022, which fans voiced their displeasure over.

Over 14 years, six Resident Evil films were released, and while they were never reviewed very well by critics or fans, they were wildly successful.

For this film, we return to our good friend Uwe Boll, which goes about as well as you might expect.

There is virtually no relevance to Dungeon Siege in this film, but that probably wouldn’t have helped anyway.

This is a film that desperately wanted to be Lord of the Rings but without any of the ingredients that made that series so brilliant.

Somehow, £50 million was spent on this film, and it grossed just £10 million at the box office.

If you’ve seen any other sci-fi war movie from around this time period, then you’ve seen this film.

It brings absolutely nothing new to the table, and barely even gets the fundamentals right.

Despite starring Freddie Prinze Jr. and Matthew Lillard, this film could barely get out of the gate with how passionately everyone was trashing it.

The film’s budget of £25 million resulted in a pitiful £9.6 million return.

When people talk about bad video game movies, this is likely the first film that comes to mind, and it’s no surprise once you’ve watched it.

Rather than embrace the weird and cartoony aspects of Nintendo’s mascot, this film tried to turn it into gritty and grounded sci-fi.

It failed miserably at this, and the ridiculous designs, dialogue, and plot are only made funnier by how seriously the film seems to take itself.

£40 million was spent on this film, which resulted in a return of £32.3 million.

Hopefully, Chris Pratt and friends can do a better job in the upcoming Mario movie.

Double Dragon didn’t do much in the way of story, so it was up to the team on this film to fill the gaps.

The gaps were certainly filled, but whatever they used didn’t have much substance, as the film made the smallest splash possible.

It had a relatively small budget of £6.4 million, but that only turned into a gross of £3.5 million.

Uwe Boll is back for his worst film yet, and he’s not even working with a decent game this time.

Never mind video game movies, this is one of the worst films ever made. You name it, it looked bad.

The performances, story, dialogue, special effects, and even the score are a bore to sit through.

It doesn’t even have that “so bad it’s good” aspect that the Mario movie has, it’s just a waste of your time from start to finish.

Boll was working with a £16.6 million budget, and the film ended up grossing just £10.5 million.

Did you miss our previous article…
https://hellofaread.com/technology/magic-the-gathering-and-fortnite-crossover-cards-are-out/

Gemma Collins hits back at Emmerdale’s Samantha Giles after she said she’d ‘punch her’...