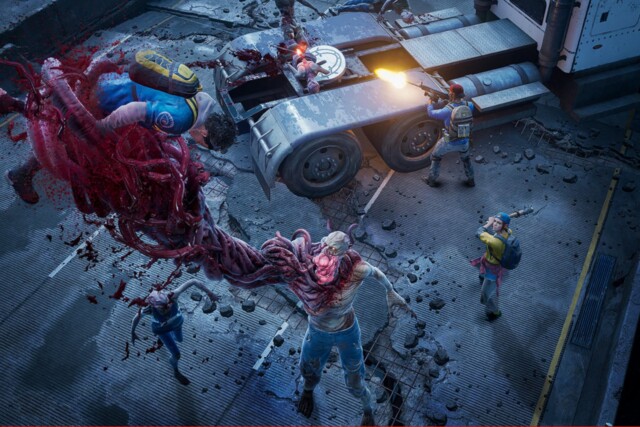 IF you’re looking for something to play with pals, we’ve got the best co-op and 2-player games right here.

Cooperation is the foundation of humanity. Without it, we’d have no skyscrapers, no internet, no unlimited supply of sausage rolls.

Survivors fight zombies in Back 4 Blood.

A crew gets ready for a heist in GTA Online.

Working together arguably defines humanity more than our differences, so let’s dive into the best co-op games and lend our fellow humans a helping hand.

Team up with up to three pals and shoot zombies in the spiritual sequel to Left 4 Dead.

No two runs are ever the same thanks to an AI director and a card system that shuffles up the circumstances attached to each level.

If zombies aren’t your thing, fight off hordes of xenomorphs with up to two buddies.

It’s got pulse rifles, turrets, and oh God… they’re in the walls.

Free-run your way around a crumbling open-world city in first-person. But be careful – when night falls, you’ll need to stay on your toes.

Invite some friends, turn off your brain, and squeeze the trigger while numbers and loot pop out of enemies in a post-apocalyptic world.

It’s not the smartest game on this list, but it definitely has the most guns.

Switch your brain back on for this. Payday 2 puts you and your buddies in the shoes of a bank-robbing crew, tasking you with pulling off increasingly complex heists.

Whether you go in guns blazing, with stealth, or with a mix of the two is up to you.

If you get excited about the words ‘exotic helmet’, Destiny 2 is the game for you and your pals.

Mechanically, it’s not too different from Borderlands 3, but there’s some real lore to sink your teeth into here. It also has beautiful skyboxes.

Imagine if Destiny 2 went third-person and you could play as a space ninja who moves like a bullet. That’s Warframe.

Play as a group of dwarves who go on missions to excavate precious materials from alien dig sites.

It’s a co-op game about risk and reward, where there are more spoils to win the deeper you go but the waves of chitinous aliens get more dangerous at the same time.

An RPG that’s as close to digital Dungeons & Dragons as we’ve ever had, Divinity: Original Sin 2 is an RPG that’s as deep as it is chaotic – especially with four players.

Work together or go out on your own and race them towards godhood in this infinitely replayable masterpiece.

Overcooked! All You Can Eat

Want to lose some friends? Invite them around for a co-op session on Overcooked and then never speak to them again.

Get ready to scream at your buddies because they didn’t pass you a fish fast enough.

Avoid the rocket fire from flying motorcycle-riding kids and there’s another life waiting for you in GTA Online.

Team up with pals and take on daring heists for some of the best co-op action video games have to offer.

If robbing banks isn’t quite your tempo, how about escaping from prison?

There aren’t many games that manage to have as much variety as this. One minute you’re in a shootout, the next you’re in a high-speed chase, then you’re playing Connect Four in a hospital waiting room.

A perfect game to play with your partner, Stardew Valley gives you your own plot of land and lets you loose on it. Now that’s a real power fantasy in 2022.

Whether you want to fight monsters in the mines or create your own turnip empire, there’s something for everyone in this cute pixel life sim.

There isn’t a single other game on this list that lets you skull five tankards of ale before throwing up all over your friend’s face.

It’s also a list lacking in games that let you shoot your friend (and their dog) out of a cannon. Thank you, Sea of Thieves, for making this list whole.

Create anything you want and build your own blocky kingdom in the best sandbox game around. Minecraft is for everyone.

Build your own rail network, erect a castle, make a farm, delve into mines, and fight off the monsters who attack at night – all with friends.

From the same developer as A Way Out, this takes that concept of a pure co-op game full of variety and lifts it to another level.

Sure, it’s much more family-friendly, but you’ll forget that when you reach the bit with the elephant. You’ll know when you get there.

Rather than a co-op mode tacked on top of the main event, Portal 2 has a dedicated co-op campaign where you play as two robots.

Co-op introduces more complexity to the portal-based puzzling, and also allows you to trap your pals in an infinite loop, leaving them falling forever. Lovely.

Written by Kirk McKeand on behalf of GLHF. 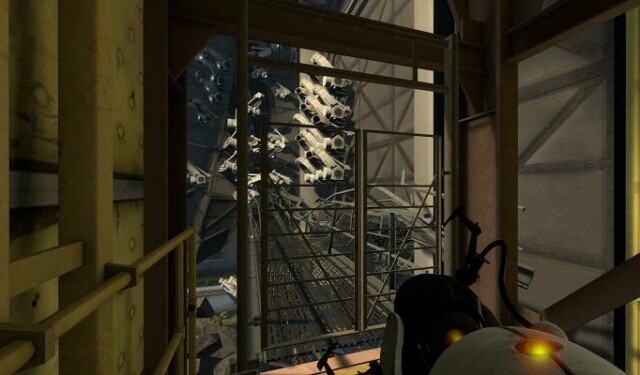 Portal 2 is some of the most fun you can have in co-op.

Did you miss our previous article…
https://hellofaread.com/technology/pokemon-centre-japan-unveils-life-size-spheal-plushie/

Katie Price’s boyfriend risks £200 fine and 6 points as he uses his phone...

Emmerdale spoilers: Amelia Spencer kisses Noah Dingle as he takes her to her baby...

EastEnders’ Max Bowden reveals Ben Mitchell’s woes are far from over after robbery and...