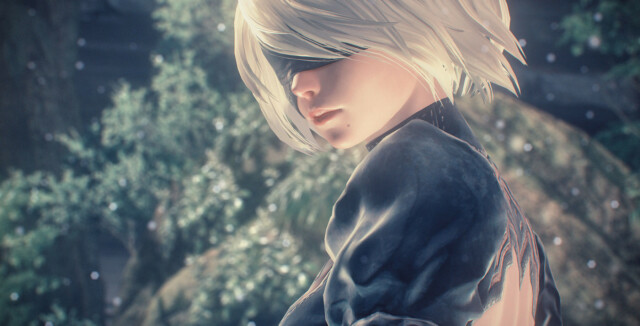 A 21-YEAR-OLD Tinder user has said that she used the dating app to encourage men to buy a game.

However, she wasn’t trying to get these men to buy the game for her, rather she wanted to spread her taste for JRPGs – Japanese role playing games such as Final Fantasy – further.

The user, who goes by the name of Ennja on Twitter, said that she used to match men on Tinder only to ghost them.

She did this after they purchased the game she had recommended.

In a tweet she claims that she encouraged 22 different men to purchase Nier: Automata before unmatching and ultimately ghosting them.

She says: “I used to roam around on Tinder and get guys to buy Nier: Automata and then ghost them.

“I mean I never said I’d f**k with them I mostly just talked a lot about it and recommended the game.

He has not announced his next major project yet, though a port of Nier: Automata is coming to Nintendo Switch in October, 2022.

Ennja apparently used the dating app to promote the game, in the hopes that Taro would be able to release more games.

While it is never pleasant to be ghosted from a dating app, at least these men had Nier: Automata to keep them company.

Yoko Taro has apparently seen the tweet and is proud of Ennja for her efforts in spreading the word.

Retweeting, the creator wrote “Glory to Mankind” followed by an emoji which represents his iconic mask.

She apparently does not use Tinder for this reason anymore, but opening people’s eyes to just how good Nier: Automata is can never be a bad thing.

Boris Johnson insists he has ‘absolutely’ no worries Rishi Sunak is after his job...

Dr Alex George horrified as troll mocks his acne and say he ‘looks like...

What is Bitcoin and why is the price going up?