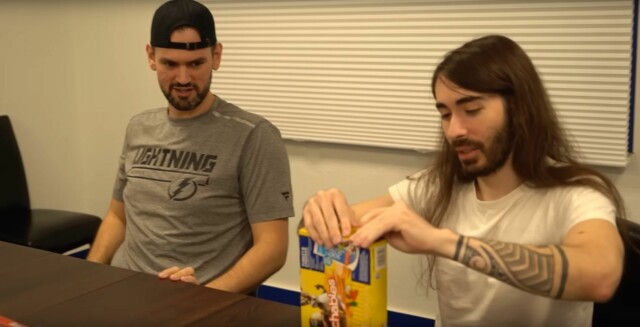 CONTENT creation is a big business, but it is a difficult scene to enter, with millions of people trying to break into the space.

There are numerous styles of content out there, on a wide range of platforms, and it can be difficult to figure out what is the right place for you.

Mana Talent Group give advice and create sponsorship deals for its streamers.

Despite this, there is plenty of money in streaming and videos, with the top creators earning in their millions.

One of those creators, Charlie “MoistCr1TiKaL” White, created a talent agency with his friends, to give up-and-coming creators the best chance to make it.

His company, Mana Talent Group, takes 15% of streamers’ earnings in exchange for marketing, advice, and setting up sponsorship deals.

This is one of the best rates currently on the market, with competitor 100 Thieves recently admitting that it sometimes takes up to 85%.

Speaking to GLHF, Matt Phillips, CEO of Mana explains: “If you (the company) are getting to a place where you need an extra 10% to survive, you’ve over-hired, and you’re not running the company the right way, in my opinion.”

He goes on to talk about one creator who was working with a company that was taking more than their share of creators profits.

He said: “I can’t divulge who, but we had a client signed up for a pretty large deal.

“When they realised what deal it was, they mentioned that they had previously accepted that deal but at $20k (£18k)  less than what they were getting now.

However, it’s easy for creators starting out to sign up for these kinds of deals without being able to make a comparison to what other companies are offering.

MoistCr1TiKaL recently reached out to his fans on YouTube, admitting that his esports company, Moist Esports, was operating at a loss.

Phillips says this is the way he operates: “That’s Charlie through and through, to be honest, but being transparent worked out because the community was able to rally and get us the first-place win.

“But honestly, that’s just how Charlie likes to do things — he’ll never come right out and say ‘Hey, I need you to donate and send me money.’

“He looks for opportunities and does what he can to keep the players funded.”

Things appear even more challenging for content creators recently, as Twitch has made a number of decisions that have angered fans.

Phillips thinks that YouTube Gaming could be the platform that takes over the space, saying:  “The next step is YouTube actually trying to fight this fight.

“Finding streams on YouTube is awful at the moment, and it doesn’t have the same feel that Twitch does with its chat and community features.

“So I think it’s more about YouTube stepping up than on Twitch stepping down — Twitch is already upsetting everybody, so if YouTube spruces up their side a bit, it’ll happen.”

More so than this, he believes that Twitch isn’t the place that creators should start, but TikTok.

He explains: “Twitch is not the place to grow your audience. Anything short of a miracle will not help you grow there.

“TikTok is short-form content that is a great place to grow and bring your audience over, so you’ve got a new generation of people cracking that formula and learning how to play the game.”

For creators to see the biggest growth, Phillips recommends they try out as many platforms as possible to find the one that suits them.

This is the strategy that Ninja has now implemented, streaming everywhere at once.

Phillips says: “I’d say the best thing to do is an all-platform approach.

“TikTok wants you to grow because that’s their platform — you have people hitting five or ten million followers on TikTok.

“You need to take that and push it over to other platforms, essentially. So if you stream 40 hours a week on Twitch and you’re not seeing any growth, that’s why.”

How to end the lockdown: Ministers look at ways to gradually re-open Britain in...

Pokémon has revealed a first look at the Scarlet & Violet TCG

Strictly rich list – from Nicola Adams to Jamie Laing, how stars ‘could earn...