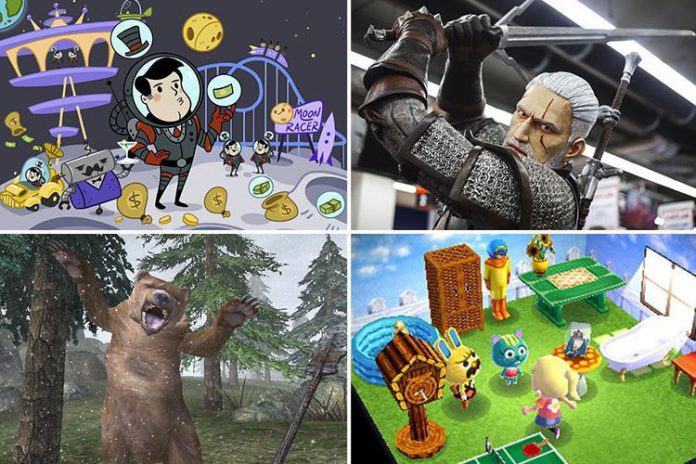 EVER played a game for ages, but still not beaten it?

We’ve rounded up the games that take the longest amount of time to fully complete and the top title requires nearly 700 hours of your time.

It’s thanks to data from How Long to Beat, a website that tracks how long it takes players to finish games.

We’ve trawled through the website to find the 10 video games that take the longest to fully complete that means finishing all of the side-quests and getting all the unlockables too.

Only games that have “completionist” data from ten or more players have been included.

And the longest game turns out to be Monster Hunter 3 Ultimate which takes an incredible 693 hours to finish, on average.

The Monster Hunter franchise actually appears three times in the top 10, highlighting the expansiveness of those games.

Created by Japanese gaming giant Capcom, Monster Hunter sees players taking on quests where they have to slay or trap large monsters.

Completing all of the awards in the game takes a huge amount of time, and there are lots of luck-based elements in the game too making it even harder.

Elder Scrolls games also appeared twice with Morrowind coming in third at 399 hours, and Skyrim clocking in at 224 hours.

The RPG games are known for their massive open-world environments, as well as the large number of quests and side-quests.

Although the main questlines in both games don’t take very long, getting 100 per cent completion is a real pain.

A surprising entry is Animal Crossing: New Leaf the cutesy game franchise isn’t exactly known for being difficult, but completing the game fully takes an incredible 388 hours on average.

And there’s also AdVenture Capitalist, a popular wealth simulator game for iPhone, Android, Windows, PC and PS4 that lets you become a billionaire business mogul from humble beginnings at the helm of a local lemonade stand.

What’s the longest game you’ve ever played? Let us know in the comments!

Who is Andrew Maxwell and what is the ex Im A Celebrity 2019 stars...