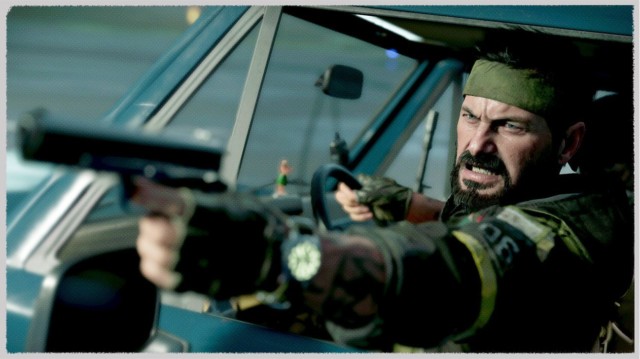 However, you may need to change some settings if you want to avoid a resistance fight between your fingers and the controls.

Some settings on the PC can reportedly create resistive triggers

Gaming expert Morgan Park said in an article for PC Gamer: “As much as I love that developers are starting to add the DualSense’s full features to PC games, I’ll be turning most of them off in Cold War.

“I’ll also be unplugging the controller altogether and going back to a mouse, because it’s a lot better.”

He says that when playing Cold War from Battle.net you can find new options to use your DualSense controller in the controller menu.

However, resistive triggers are said to make firing guns with the DualSense a lot of extra effort.

The triggers are also said to rumble while you’re shooting.

For some, this could be distracting or slow you down.

Fortunately, you can turn trigger haptics on/off in the controller menu of the PC game.

You can also adjust the intensity of vibrations.

A slider for this can be found under the Trigger Haptics section of the menu.

Haptics will automatically be turned on by default if you’re using a DualSense controller to play the PC game so you might want to try them out first before adjusting the settings.

In other news, a huge GTA Online update just dropped– and it’s designed specifically for the car mad.

And, read our complete guide to Call of Duty 2021.

Spread of coronavirus in schools is ‘low’, health bosses say

Dominic Raab went on holiday 2 weeks after his own officials warned of Taliban...