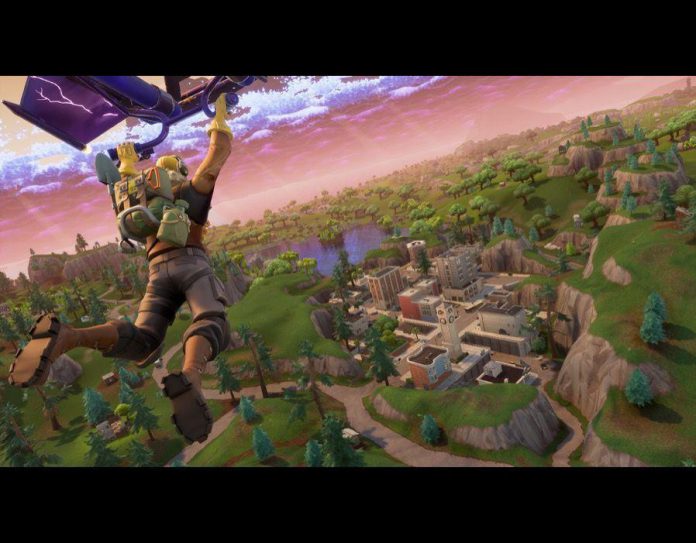 FORTNITE is currently the most popular video game in the world, played by millions of gamers.

The lack of serious age restriction and gruesome content is worrying parents – but what exactly is Fortnite?

What is Fortnite and doesthe video game have an age rating certificate?

Fortnite’s Battle Royale mode, in which 100 online players are put in a battle field to fight until death until one player remains, is the most successful part.

Technically, Fortnite is set in a dystopian world where 98 per cent of Earth’s population suddenly disappears, living conditions become difficult, and zombie-like creatures roam the Earth – the player is among the remaining 2 per cent whose job it is to survive.

After the apocalypse, “survivor bases” were set-up and each player is in charge of looking after these bases before trying to find a way to return Earth to normal.

Those form the centrepiece of the story for the co-operative Save The World mode, but play not part in the free-to-play Battle Royale mode.

The video game welcomes players aged 12 and above.

The now hugely popular game was revealed in 2011 but only released last year.

Since its release its been available to play on gaming platforms such as PlayStation 4, Xbox One, as well as PC and Mac.

At the beginning of March developers announced they would be rolling out a mobile-friendly version for iOS and Android phones.

Epic said: We believe this is the future of games. The same game on all platforms.

Console quality graphics and action. Play when you want, where you want…

How many children play Fortnite and what are parents’ concerns?

While there is no exact figure on how many children play Fortnite, the game has so far pulled in an audience of over 78.3 million players in August 2018 alone.

Many parents are concerned about the harmful effects that the long playing durations, and violent content is having on their children.

A thread on forum site Reddit summed up concerns, with one parent saying that while the game “promotesstrategic thinking and cooperation,” their child has started to “slam doors when he used to be pretty laid back.”

Apollhosted from This Morning asked if parents are worriedabout the effect the game Fortnite has on their children and 59% voted no as opposed to 41% who said yes.

The game has also experienced problems with hacking, with gamers finding fraudsters have been able to make payments using their details.

Epic said it was aware of the attacks, and a spokesperson said: Any players who believe their account has been compromised should reach out to our player support immediately.

Recently, a mum issued a warning after her four-year-old son broke his arm while attempting to imitate the game.

Harrison Day also missed his first day of primary school after injuring himself.

The youngster had sneaked into his older brother’s bedroom where he saw videos of the game, without nine-year-old sibling Joshua realising.

“I could see him from the kitchen window he was just messing about in the back garden,” said mum Charley.

“Then he tried to jump off the side of the slide, which is almost impossible, and he let go of the brolly but his left arm was still attached to the top of the slide and he sort of fell and it literally snapped.”

What did the National Crime Agency say about child grooming?

Dozens ofFortniteusers have reported adults making sexual remarks to kids – with one mum claiming her 12-year-old son was offered 50 to perform a sex act.

The NCA has issued a harrowing warning to parents over the dangers of the game, whichfeatures up to 100 people battling to be the last person alive in a player vs player combat.

A spokesperson said: “Fortnite is immensely popular with children and teenagers across the country.

“It features voice and text chat which cannot be turned off, so it’s important that parents and teachers understand that risks broader risks associated with the game and enable safe playing.

A teacher in Bradford, who asked not to be named, said he was shocked when pupils aged 11 and 12 openly discussed the predators on the game.

He said: We were talking about the game and they said it was full of paedos. We talked about it and most said they had come across it.

I dont think parents are aware of the dangers.

Meghan and Harry latest – Duchess had miscarriage in July ‘falling to floor in...

Cabinet ministers fear Sajid Javid will ask for more funds for the NHS despite...