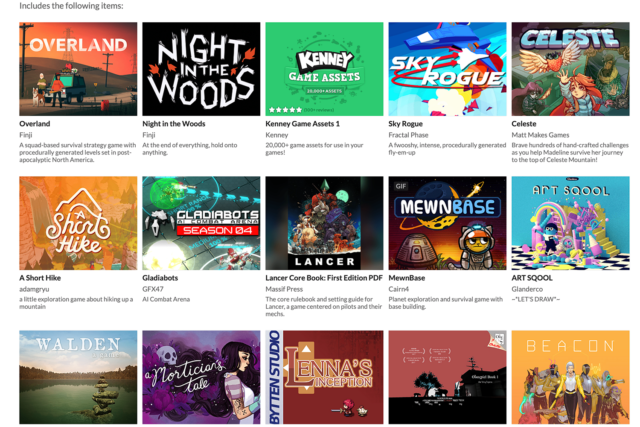 The staggeringly good-value deal is part of a charity deal, with all proceeds going to funds in support of the Black Lives Matter movement.

Anyone can buy the bundle right now on itch.io – with all games available as PC downloads.

The initial goal was $5million, but now roughly $7million has been raised. And the top donor contributed an incredible $5,000.

The bulk of games in the bundle are indie titles, including iconic titles like Celeste and Super Hexagon.

All proceeds from the bundle go to the NAACP Legal Defense and Educational Fund and the Community Bail Fund, with a 50/50 split.

There won’t be any Steam (or other external) keys for your purchases.

Instead, you can just directly download the games from the itch.io page.

But it’s a limited-time offer, so you’ve got less than a day to claim it.

“We live in a time of racial injustice, inequality, and police brutality against black people,” said the project creators.

“We hope that everyone takes a stand in any way that they can.

“We reached out to our community and an unprecedented number of creators donated over 740 projects to be part of what we believe is the largest bundle ever.”

That was followed by a later update with even more games.

“The bundle has been a huge success so far, and many more developers have submitted their projects,” the project creators wrote.

“We’ve added a new round of games and more. All previous and future buyers get instant access.

In other news, the PlayStation 5 has finally been unveiled – and there are two PS5 models.

And here’s the full list of 25 PS5 games revealed during last week’s Sony ‘The Future of Gaming’ event. Did you miss our previous article…
https://www.hellofaread.com/technology/mysterious-fortnite-device-event-is-tonight-start-time-how-to-join-and-is-the-map-being-destroyed/

Coronation Street’s Kym Marsh gets lump in her armpit checked out after fans shared...

All kids should face the front in class when schools reopen to stop virus...