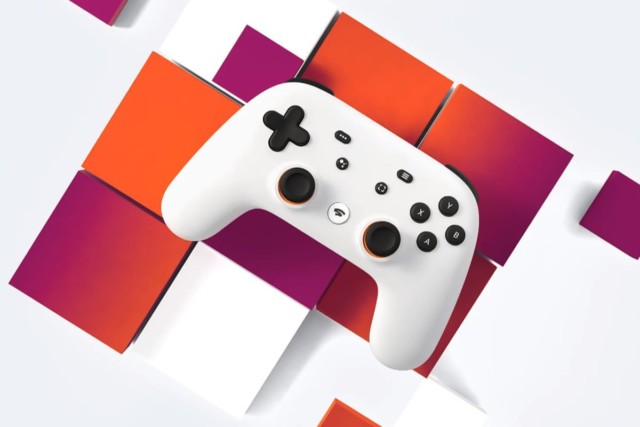 IPHONE and iPad owners can now play console games on their Apple devices with the arrival of the Google Stadia app this week.

Described as “Netflix for games”, the platform lets you play top titles without a console – by streaming the visuals over the internet.

You can now play Google Stadia on your iPhone or iPad

After Google launched a beta on iOS and iPadOS last month, the full version – accessible via a web app – dropped on Wednesday.

It means gamers can now play top titles like Cyberpunk 2077 and Assassin’s Creed Valhalla for a small monthly fee.

Google Stadia launched last year but has taken a while to hit iOS devices due to Apple’s strict App Store regulations.

To get around this, Google has created a web app that works through your phone’s Safari browser instead of the App Store.

It’s perfectly safe to use, though is not subjected to security regulations set by Apple.

To access the service, head to stadia.google.com from your iOS device.

Log in to your Google account, add a shortcut to your home screen and open the web app.

Google Stadia is a game streaming service that lets you play console-level titles on smartphones and laptops.

Stadia renders the graphics on a Google computer and sends them to you over the internet, a bit like Netflix.

It means you can play games on rubbish devices, such as smartphones or the Google Chrome web browser. Stadia lets you play games on rubbish devices, such as smartphones or the Google Chrome web browser

The service costs £119, and includes a Chromecast Ultra and three months of access to Stadia Pro’s free library of games.

You can also buy additional games from the Stadia store.

A free tier called Stadia Base lets you buy your own games to play at 1080p resolution and 60 frames per second.

To use the service on your Apple device, you’ll need to sign up for a Stadia account here.

In other news, cyber security buffs have issued a warning over dangerous Cyberpunk 2077 scams that could rinse your bank account.

What do you think of Stadia? Let us know in the comments!

All the major changes to Covid restrictions from TODAY after Boris Johnson axes Plan...

Local election 2021 candidates: Who is standing in my area?

Fresh claim that Priti Patel ‘threw a folder’ at official during row as Boris...