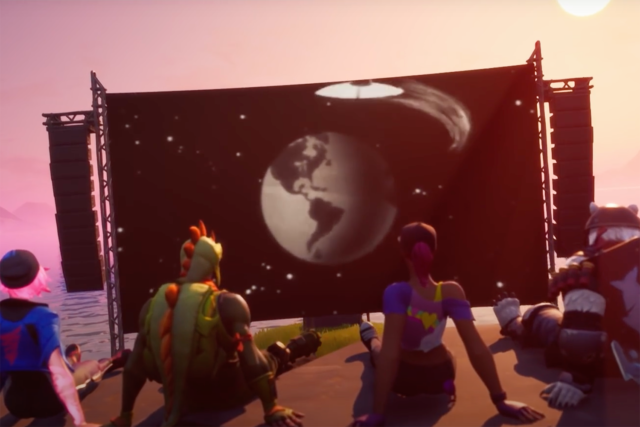 FORTNITE is hosting a free movie night this weekend – and Christopher Nolan classics are on the menu.

You can watch Inception, The Prestige or Batman Begins depending on where you live.

Anyone can tune in to watch a movie at the virtual cinema inside Fortnite.

All you need is the game – which is free to download on almost any device.

Then log into a game at the right time and head over to the virtual cinema inside the game. There are three movies on offer – all for free

If you’ve done it right, you’ll be able to tune in and watch a top Christopher Nolan movie.

There are three movies on offer, but the one you’ll get depends on where you live.

In the UK, you can watch The Prestige.

For the unaware, The Prestige is a psychological thriller film starring Hugh Jackman and Christian Bale.

The film came out in 2006, and received largely positive views.

For those in the US, you’ll be watching Inception. It’s set to stream on Friday, June 26 at 2pm.

Inception is a sci-fi action film that came out in 2010, to critical acclaim.

Batman Begins is also available in some countries, including India – but not in the UK or USA.

It’s all part of Fortnite’s ongoing Party Royale, which Epic Games describes as “a new experimental and evolving space”.

The experience focuses on live events, and recently included a live premiere of a new album from Diplo.

In other news, the PS5 has finally been revealed.

Here are some great Call of Duty Warzone tips and tricks.

How to get honeycomb in Minecraft

John McDonnell says he WONT be neutral on Brexit if Labour gets to No10...