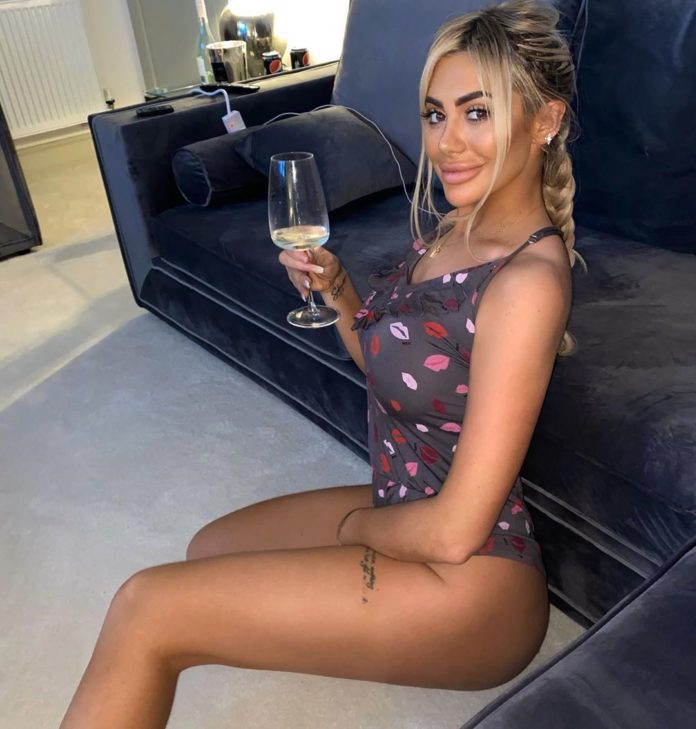 CHLOE Ferry slipped into some skimpy PJs and twerked as she danced at home last night.

The 24-year-old was joined at home by her mum, who was swiping through Tinder for the first time, and they enjoyed some wine together.

Geordie Shore favourite Chloe sang along to Rita Ora’s RIP and filmed her mum dancing to Cardi B.

Turning her back on the camera Chloe shook her booty in her living room.

Yesterday The Sun Online exclusively revealed how Chloe is now a millionaire.

The telly beauty has just moved into a fabulous new home on the back of her monster earnings over the last two years.

Chloe showed off her bum as she posed on the sofa

That means with expenses like travel, entertaining, mileage, research, office costs and salary payments deducted, she has earned in excess of £1 million in the last two years alone.

But her lucrative influencing side-line landed her in hot water with fans last week.

She was called out for making up stories about future Love Island contestants.

Chloe unwisely shared a fake news story about a future contestant on the reality dating show for money.

She posted a screenshot of a fake news story that foreign exchange mentor Reginald (Reggy) Trades will be joining this year’s Love Island.

“Reggy Trades confirmed to be in the line up of the hit show Love Island 2020, can’t believe he is going on the show, this will be interesting, follow and support him Reggy Trades, good luck hun,” she wrote in the caption.

The caption ended with a ‘#ad’ meaning she had been paid for to post the message, but it is not known who was paying her.

Reggy – who’s real surname is MacDonald – shared Chloe’s post on his own Instagram stories but did not confirm or deny her claims.

The summer season of the ITV2 show is likely to start airing in June but producers have not announced any contestants yet.

Fans were annoyed that she shared the post and accused her posting it simply for the money. “lmao this girl will do anything for money won’t she,” said one Instagram user.

One user wrote: “Don’t believe anyone’s been confirmed at all. Is this just so he gets likes for his “trades”? Should use your fame for good, not any old rubbish for a few likes.”

“You must realize this is a scam?” wrote one Instagram fan in response to others getting excited about the fake announcement.

The reality star moved into her new pad in February.

It includes a jaw-dropping bathroom and sleek kitchen and her brand-new house also boasts a cinema style lounge and a vast bed.

“This is what I’ve been keeping a secret. This is my new humble abode,” she told fans as she toured them around her new digs on Instagram.

Chloe shot to fame on series 10 of Geordie Shore in 2014 when she appeared on the show with her now ex Sam Gowland.

The Newcastle TV star quickly became a fan favourite and made her way around the reality circuit appearing on Ex On The Beach, BBC Three’s Sun, Sex and Suspicious Parents and Celebrity Big Brother in 2017.

How to play GTA Online on PS5 for FREE this week following Enhanced Edition...

Molly-Mae Hague shows off her incredible figure in an array of sizzling swimwear in...