EMILY Atack and Rita Ora have lead the celebrities arriving at the Glamour Awards tonight – posing up a storm on the red carpet.

The former Inbetweeners actress – who rose to fame as Charlotte Hinchcliffe – could be seen blowing a kiss to fans as she posed for photos as the star-studded awards. 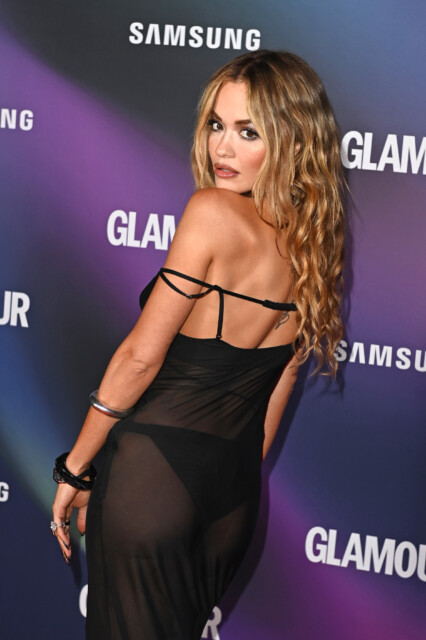 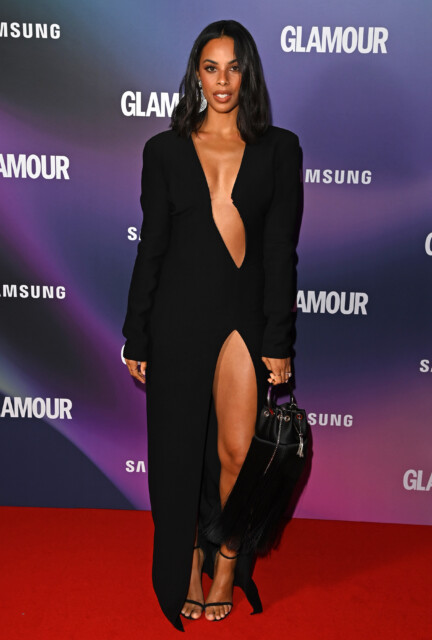 Emily, 32, stunned in a tight-fitting black mini dress, showing off her long tanned legs as she blew a kiss in the direction of onlookers.

The star showed off her ample cleavage in the low-cut gown, which features a sparkling silver diamante trim around her waist and bust.

Letting her blonde hair tumble down her back, Emily completed her look with a sparkling silver bag and towering platform heels.

She stunned in a glamorous palette of make-up, as she donned silver jewellery including long sparkly earrings and a series of rings.

But it was Rita Ora that really caught people’s eyes, arriving in a sheer black dress that showed off her bra and underwear.

Cheekily flashing her bum to the cameras as she posed on the carpet, Rita later pulled her signature sultry look as she partied with pals inside the event.

Meanwhile, Rochelle Humes, 33, set pulses racing in a daringly low-cut black dress, which featured a large cut-out down to her stomach.

Showing off one leg with a large thigh-split in her gown, Rochelle pouted for the cameras as she headed to the red carpet.

She paired her dress, which barely covered her chest, with a black handbag, as she let her dark locks flow down to her shoulders.

The Heart Radio presenter showed off her curves in the slinky dress, which featured a large cut-out down to her belly button.

Showing off her rippling abs, and giving a peek at her assets, she paired the see-through dress with just a black thong.

Ashley completed her look with silver heels, letting her hair tumble down in beachy waves, as she donned a glamorous make-up palette.

The women were also joined by TV presenter AJ Odudu, who stunned in a tight-fitted woollen gown, with sparkling detailing.

Pulling her hair back into neat braids, the Big Brother’s Bit on the Side presenter smiled for the cameras as she graced the carpet.

The slinky dress – which featured a blue and silver design – was paired with a black handbag and sparkling shoes.

The Saturdays’ singer smouldered – showing off her new short brunette locks, as she popped colour with a bright red lipstick.

While pregnant Katherine Ryan showed off her blossoming baby bump in an eye-catching green dress, with an unusual feather detailing.

Also opting for a red lip, the comedian gelled her hair back slick against her head as she posed side on in the collared gown to show off her stomach. 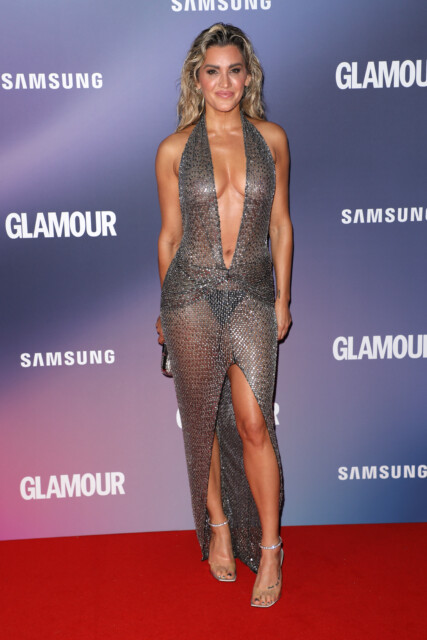 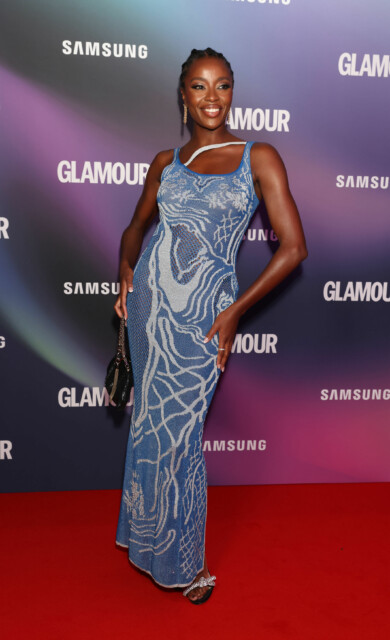 AJ Odudu was also spotted in a tight-fitting gown 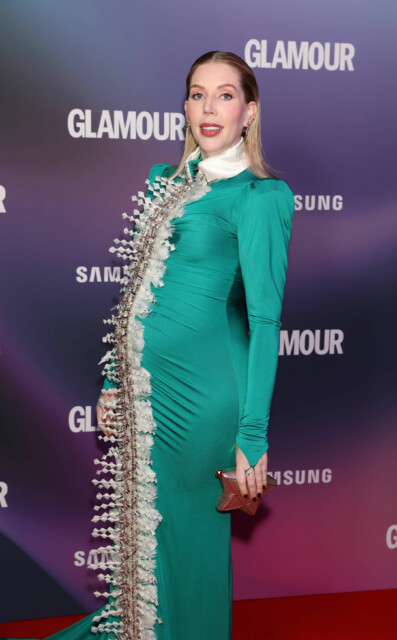 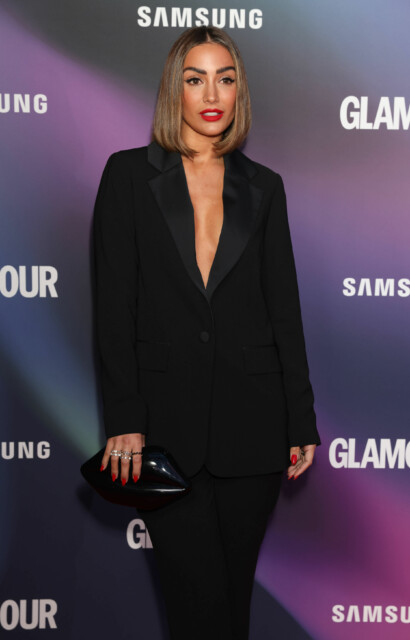 Frankie Bridge revealed her cleavage in a low cut suit

Ant and Dec make fun of I’m A Celebrity’s Matt Hancock ahead of jungle...

Meghan Markle reveals her wish for her daughter Lilibet, 1, when she grows up...