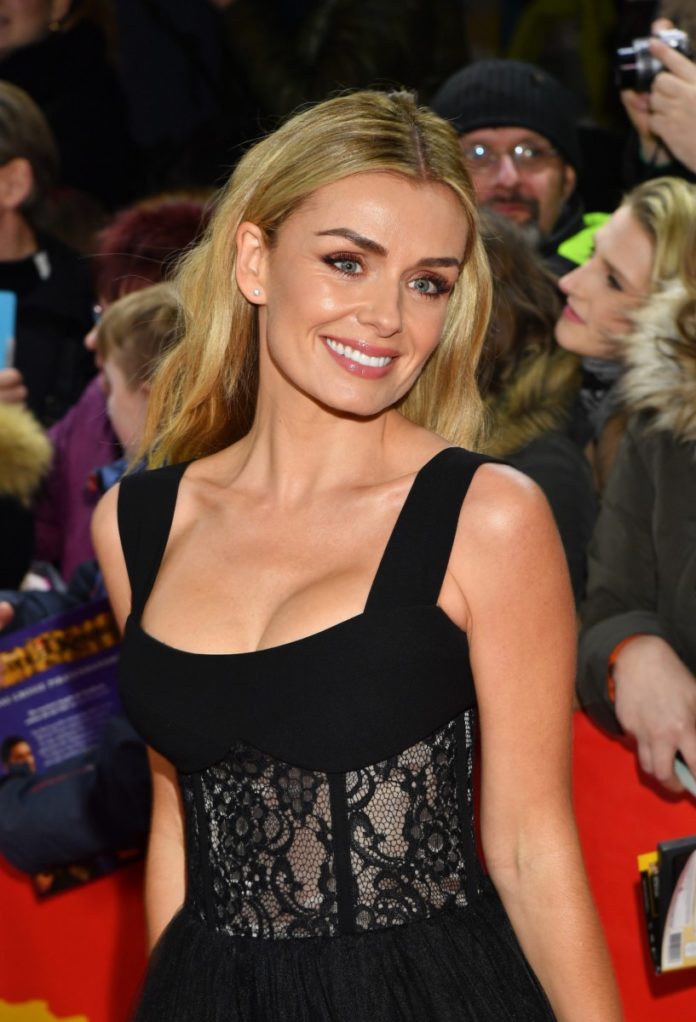 MASKED Singer star Katherine Jenkins seems happy with her big reveal at the premiere of her debut movie role.

All eyes were on the star, who makes her acting debut with Johnny Depp in Second World War film Minamata, as she graced the red carpet at the Berlin International Film Festival on Friday night.

The performer, who spent weeks in an octopus outfit for the reality contest, wore a black gown with lace panels at the Berlin International Film Festival on Friday.

Katherine, 39, appears in true-life drama Minamata with Depp, 56, who plays a photojournalist detailing the effects of industrial mercury poisoning in 1970s Japan.

It was revealed on The Masked Singer that Octopus was in fact Jenkins last month.

Katherine said: “In my career it can be quite static. So to be given the opportunity to sing on here and create any character is amazing.

“There’s a reason I came on this show. I have a little octopus at home.

“She loves blue planet, she loves Little Mermaid, she loves the colour purple and any time I came out as the octopus I felt like I was singing to her. I’m not going to get emotional…”

The Welsh singer was mugged ina violent street robbery in December after stepping in to help an elderly woman.

Katherinespotted the OAP being targeted in broad daylight in London’s Chelsea when she bravely intervened in a bid to stop the ordeal.

Witnesses described the robbery as “extremely violent” but the 39-year-old star was not deterred as she tried to put an end to the mugging on her way to perform at the Straubenzee Memorial charity carol service at St Luke’s Church.

She was left visibly shaken and photographed at the scene close to tears after her heroic actions,according to the Mail.

Jenkins waved police down as she stood in the street and was able to point them in the direction of the attackers.

Cyberpunk 2077 release date – who is Keanu Reeves playing, when is it coming...

Childcare where do Labour, Conservatives and Liberal Democrats stand?

PS5 release date will still fall before Christmas 2020 as Sony dismisses fears of...