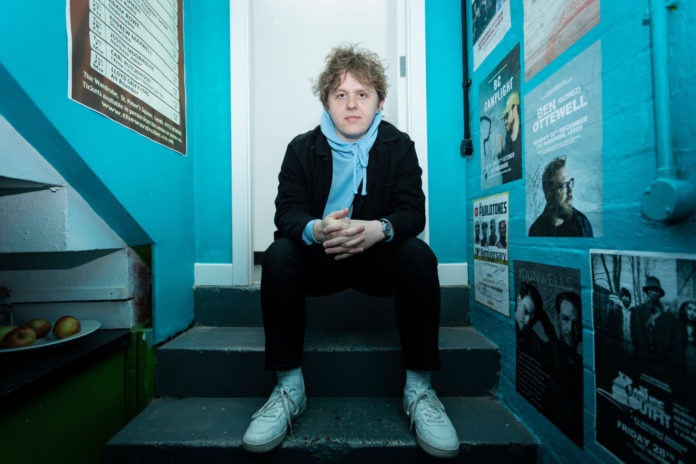 ED Sheeran has made millions from writing tunes for other artists and now Lewis Capaldi is following in his footsteps.

I can reveal the Someone You Loved singer has penned Rita Ora’s new tune How To Be Lonely.

He sings backing vocals and also plays guitar on the track, which will be released on Friday.

A source said: “Lewis has really proven himself as a songwriter and is being encouraged to give away more songs he is unlikely to release himself, as well as writing specifically for other artists.

“It can be hugely lucrative, so launching himself as a songwriter for other acts is sure to earn him a fortune.

“Right now he is on the road a lot and starting to think about his second album. But being able to write for other people helps Lewis to take his mind off his own music.”

I’m not surprised he is giving away a song called How To Be Lonely, given I told last month how he was now dating Scottish student Catherine Halliday.

It doesn’t sound like Rita is spending much time on her own, either.

She drifted apart from her actor boyfriend Raff Law, son of Jude. But in a Sun exclusive last week, she was pictured heading into her London home with former Towie mainstay Joey Essex in the early hours of Friday morning.

They have known each other for a while, though, as my exclusive pic from the November 2018 launch party for her album Phoenix shows.

Rita said about her new song: “I loved working with Lewis on this track. It’s been a lot of fun.

“He’s a great talent and a man of the moment. I really connected with the lyrics when he sent it to me.”

As two of my favourite people in music, I think it’s a match made in heaven.

Katy tot gets folks on board

KATY Perry’s baby news has brought her family back together.

The difficult relationship she has with her very religious parents Keith and Mary is well documented. But in an exclusive interview, Keith, a US pastor, revealed he was thrilled to hear Katy was expecting a first baby with fiance Orlando Bloom.

He said: “I’m a happy man. Orlando is a great guy and she’ll be a good momma. We’ve been hoping this would happen. She really wanted a family. Everyone is pleased.”

Keith let slip that he and Mary, also a pastor, knew about the pregnancy “very early on”. Katy went public last week, showing off her baby bump in the video for new track Never Worn White.

While most mums-to-be take it easy, Katy – who is six months pregnant – is still hard at work. Yesterday she played to 86,000 cricket fans at the women’s T20 World Cup final Down Under.

She revealed her hopes for the tot by wearing this pink sequinned jumpsuit with matching cape. Leaving no room for doubt, she gestured to the outfit during a break in her set and shouted: “I hope it’s a girl!”

Katy also suggested she would continue to perform for as long as she feels able, saying: “I’m joining the force of working mums out there. I love what I do. It doesn’t feel like work and it brings me so much joy, so I just want to continue that state of joy.”

Now Mutya Buena has revealed how she was in a supergroup of her own . . . sort of.

The Sugababes singer was in a band with Hear’Say star Myleene Klass and Vanessa White of The Saturdays years before any of them hit the big time. The trio, who each have Filipino mothers, met when they were kids and started the band.

Mutya said: “I’ve known Vanessa since she was a little girl and Myleene too. We were in a Filipino group together for years.”

Imagine how great a record by those three would have been. Mutya was speaking alongside her fellow Sugababes founding members Keisha Buchanan and Siobhan Donaghy ahead of their reunion.

I exclusively revealed last summer how the trio had reformed and were working on a secret project to mark the 20th anniversary of their debut album One Touch. Details of that will be revealed later this year. On Clara Amfo’s This City podcast, out tomorrow, Mutya says she has enlisted teenage daughter Thalia in the band’s bid to get back to the top of the charts.

Mutya says: “I wouldn’t know the music I know now if it wasn’t for her. She keeps me very young. She brings me into the latest thing and convinces who we should try to get into studio with. She names all these rappers. She goes, ‘Mum if you get with them . . . ’ She thinks we’re going to get a No1 straight away. I’m like, ‘OK . . . ’”

MAYA Jama goes hell for leather in a pair of eye-catching trousers.

The Radio 1 DJ teamed the lace-embellished flares with a plunging black blazer at an event to celebrate International Women’s Day.

Maya was hosting charity Unicef’s Charms For Change, in association with jeweller Pandora, in London.

Prince Harry ‘upset’ he ‘can’t make it’ to Balmoral with Prince William and Kate...