The Steph’s Packed Lunch star, 40, revealed she “absolutely loved” being on the hit ITV show.

The panel – Jonathan Ross, Oti Mabuse, Davina McCall and Peter Crouch – chose to unmask Tomato Sauce, and were delighted to see it was Steph beneath the mask.

Discussing her time on The Masked Dancer, Steph shared that it had been “incredibly hard” to keep her appearance on the show a secret.

She shared: “I love the show and I love dancing. Getting to dance as a completely different person/character is thrilling!

“I’m rubbish at keeping secrets so I’m proud of myself!”

Fans of the hit show said they’d guessed it was Steph all along.

Steph said the secrecy of filming was like a “military operation,” saying: “The lengths they go to to keep everything a secret is hilarious. The hardest thing was not being able to speak to anyone, I felt so rude!”

Discussing her Tomato Sauce character, Steph said: “My character is literally my opposite – cute/sweet/affectionate. As soon as I am in costume I become my alter ego. I’m nothing like her… I’m a sarcastic, direct northern lass. She’s so sickly cute, but I love her.

She described the time on the show as “surreal” and “exhilarating” while saying she thought judge Oti Mabuse was going to “suss [her] straight away.”

Steph added: “We’re friends but she didn’t get it for a while. I was pleased about that. I was over the moon with the feedback. I’m not a dancer but they made me feel like one.”

Viewers of the show had guessed that Steph was the celebrity behind the mask.

After hearing the flirty tomato reveal themselves as a social butterfly, viewers guessed the Packed Lunch host was behind the bubbly ketchup.

The naughty tomato teased they put the “sauce into saucy” and were a “staple at meal times”.

Hinting at their ability to get on with anyone, they said “a good sauce can be paired with anything”.

They continued: “Have a squeeze, I won’t judge what you put it on.”

Describing themselves as the “heart of the table” they added “many an important conversation is had while breaking bread.”

They added they were ever humble and wanted to make the world a “more tasteful place”.

At the time, one fan guessed on Twitter: “Tomato sauce is Steph McGovern.”

She left the Beeb in October 2019 to join Channel 4, and now hosts the popular daytime show Steph’s Packed Lunch. 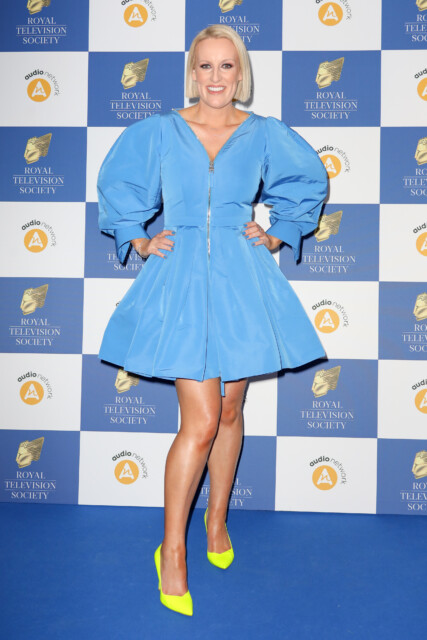 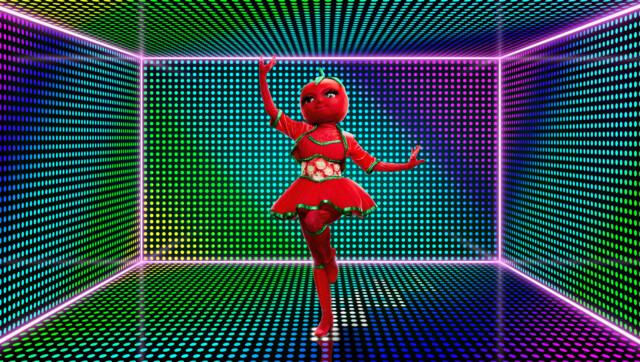 Fans said they’d guessed it was Steph all along

EastEnders spoilers: Mel drops a bombshell on Ben before hinting to Keanu she knows...