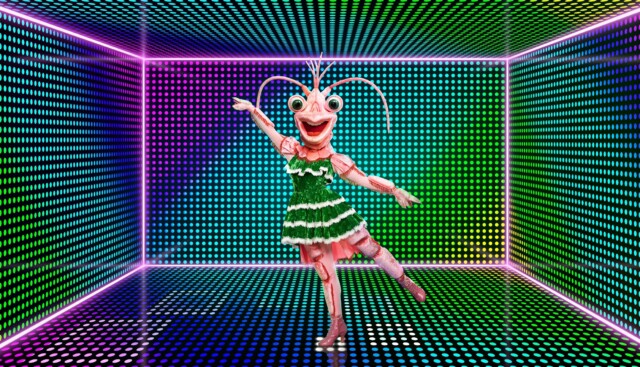 THE Masked Dancer fans are convinced they’ve worked out who Prawn Cocktail is after spotting some tell-tale “clues”.

Prawn Cocktail gave an energetic performance to One Night Only from the musical Dreamgirls during Saturday night’s episode of The Masked Dancer.

While the judges – Davina McCall, Jonathan Ross, Oti Mabuse and Peter Crouch – were left guessing, with Davina suggesting it was Holly Willoughby behind the mask, fans at home insisted they knew who it was.

Love Island winner Amber has carved out a successful stage career since shooting to fame on the ITV2 show in 2017.

One potential reference to this was Prawn Cocktail holding up a drinks menu and suggesting the “Dolly Parton” – as Amber starred in 9 To 5: The Musical.

But none of the judges successfully worked out who was behind the mask.

After being unmasked, Jesse said: “I thought it would be fun. Dancing is something that really intimidates me and it was a fear I wanted to face.

“This has been unbelievable, it’s one of the most zany things I’ve ever done in my career but I’ve thoroughly enjoyed myself.”

Warrington set for Tier 3 lockdown next Thursday as Nottingham on the brink of...