THE Masked Dancer fans have been left incensed after Pillar and Post made it through to the next episode, branding the outcome a “fix.”

The ITV show’s first ever duo escaped the bottom two at the weekend with Prawn Cocktail aka Stacey Dooley given the boot.

Pillar and Post – who are a red postbox with eyes and a big pile of mail – tried to impress the judges with their fast-moving routine to Rag’n’Bone Man’s hit tracks I Am Giant.

The judges insisted that the double act were a married couple and have strong links to sport.

They chucked around a few guesses including footie legend David Seaman and wife Frankie.

Yet ultimately, fans were left stunned that Pillar and Post got through over the two contestants in the bottom.

Many quizzed the final decision, and branded the series a “fix”.

These claims are unfounded, with the judges and making their own independent decision, and the show subject to strict broadcasting compliance rules.

One raged: “Oh f**k off Pillar and Post. Scissors, and Prawn Cocktail are way better. This is a fix. #MaskedDancerUK.”

A second put: “Sad to lose either Scissors or Prawn Cocktail. This is like when Pig went last week in the other group. Blatantly rigged. Both are so much better than Pillar and Post, who need to go. #MaskedDancerUK This show is such a fix.”

A third then added: “All I can think is that scissors is Kelly Rowland and she contractually wouldn’t do more than 2 shows

Shortly after they were saved, one fan wrote: “Pillar and Post cannot dance, they should be the ones going home tonight. #TheMaskedDancer.”

Former Strictly husband and wife duo Aljaz Škorjanec and Janette Manrara have been suggested as names in the frame.

Meanwhile, others are convinced it is ex Strictly pro Kristina Rihanoff and Ben Cohen due to their height difference.

During each episode of The Masked Dancer, the judges will be given clues about who is behind the mask.

They will be showed a small clip where hints about the character’s career, youth and personality will be given.

The celeb will take to the stage to show off their moves, which could help with any guesses as to who they could be.

Each episode the judges will choose who they want to be revealed, up until the final when the last one standing will be crowned the winner.

The judges returning to the programme are Oti Mabuse, Jonathan Ross and Davina McCall and this year, they are joined by Peter Crouch.

An ITV spokesperson told HOAR: “The panel and audience decide who they would like to save.

“It’s their choice and their decision based on what they have seen on the night.

“Whilst some viewers may have differing views, The Masked Dancer is a fun lighthearted show, there is no prize at the end of it and it’s a guessing game which viewers can join along with.” 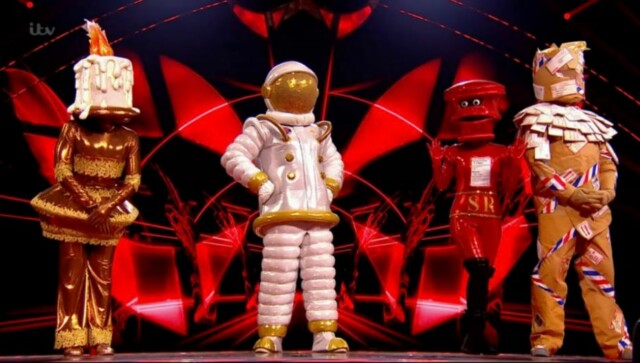 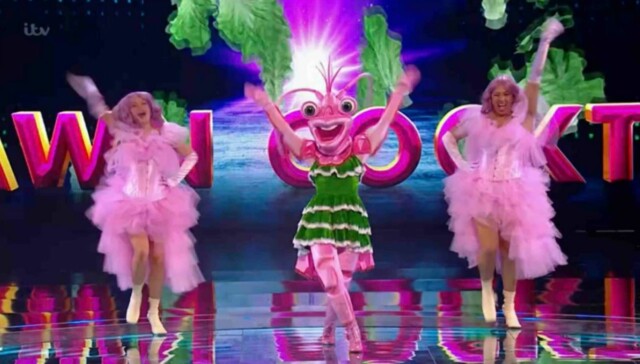 Instead, Prawn Cocktail got the boot 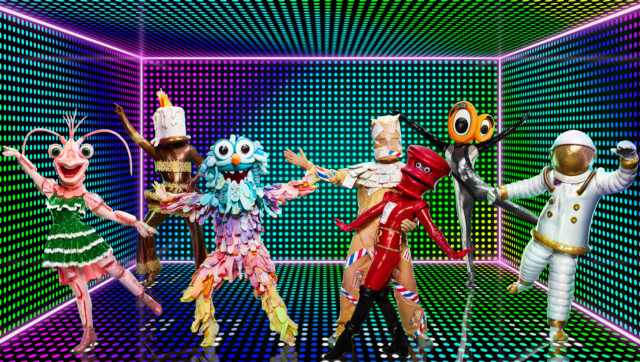 When is the EastEnders 35th anniversary episode?

Tina O’Brien looks downcast as she’s pictured for the first time since ‘1am bust-up’...

Watch as Natalya has bottle thrown at her by a****** fan during WWE Crown...