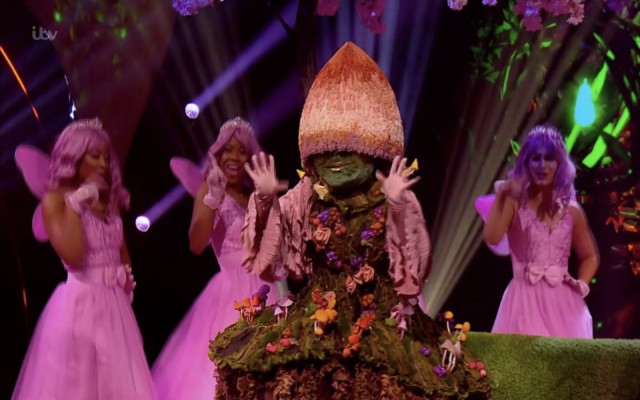 MASKED Singer fans are ‘even more convinced’ Mushroom is huge pop star after spotting ‘clue’ in this weekend’s show.

They are convinced it’s a very famous child star underneath the costume.

Telly fans are sure it’s Charlotte Church behind the mask.

They took to Twitter as soon as Mushroom performed on Saturday night on the hit ITV show.

It came after she hit a super impressive operatic note at the end of a performance in the semi-final on Saturday night.

One fan wrote: “Mushroom can sing! That last bit was Charlotte Church.”

A second echoed: “Only Charlotte Church can sing that good. She’s definitely Mushroom.”

They originally thought it could be the mum-of-three after spotting clues last month.

One said: “I love Mushroom – fantastic singer, brilliant at accents and SUCH a fun-gi!

“Has to be Charlotte Church – now that the clues back her up!

“Sang at inauguration of George W BUSH, was in Under MILK Wood, JUDGE on Over The Rainbow, hosted a CHAT show. #MaskedSingerUK.”

Another said: “Charlotte Church as my guess for Mushroom #maskedsingeruk.” Viewers are sure they know who it is Charlotte Church was just 11 when she became a household name

Montana Brown poses in her bikini collection and shows off incredible London home ahead...