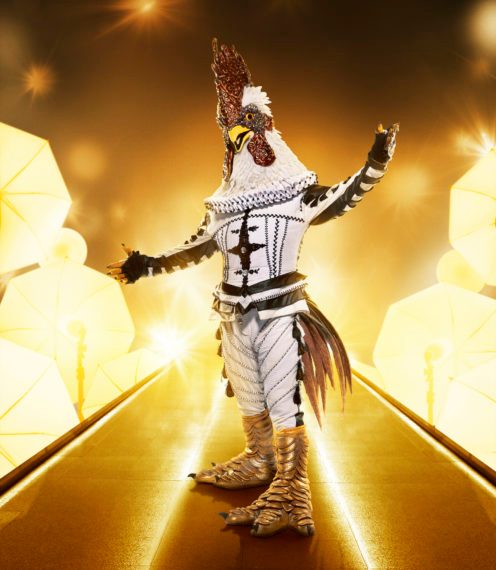 THE Masked Singer is back, and promises to be as wacky and wonderful as ever.

This year there is a twist – in the form of a costumed celebrity who is not a contestant, but will give out clues about the others.

Who is the Cluedle-Doo on The Masked Singer?

She or he will hand out hints about the masked singers’ identities during regular appearances on the show.

Cluedle-Doo’s costume appears to be a cockerel dressed in an elaborate black and white two piece.

Producers have said that Cluedle-Doo will be revealing their identity at some point on the show, but have not said when that would be.

When is The Masked Singer on TV and how can I watch it?

New contestants costumes include Grandpa Monster and Chameleon, as well as Black Swan, The Piglet, Porcupine, Phoenix, Russian Doll, and Snail, as reported by Entertainment Weekly.

You can watch The Masked Singer via your cable television provider on Fox.

You can also stream the show on Hulu, Fubo TV, Tubi TV and YouTube TV.

In a departure from the show’s usual format, The Masked Singer will feature an unknown number of wildcard rounds.

New masked contestants will be introduced at random times during the run of the show.

Ken Jeong, Jenny McCarthy, Nicole Scherzinger, and Robin Thicke are all returning to the judging panel

The new celebrities will perform at the end of the show and get a chance to take the spot of another contestant in the group.

There will be 10 total non-wildcard contestants split into two groups of five (Group A and Group B).

Ken Jeong, Jenny McCarthy, Nicole Scherzinger, and Robin Thicke are all returning to the judging panel.

Will Mellor’s Strictly performance at risk as he struggles to walk alone after falling...

Britain Decides When is The Everything But Brexit Debate on Channel 4?