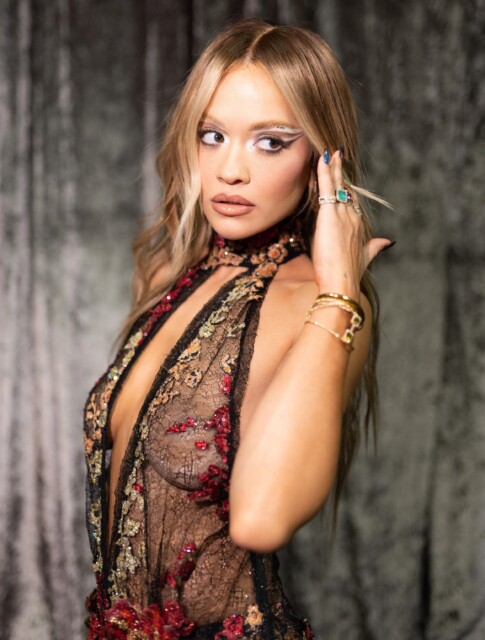 SHE’S the pop star who is as famous for her many boyfriends as she is for her music – but now Rita Ora has slammed the ­constant attention on her love life as “sexist”.

Before she married film maker Taika Waititi this summer she had dated a string of music stars, actors and TV personalities.

Rita Ora has slammed the ­constant attention on her love life as ‘sexist’
Rita married Taika in August and said: ‘He’s The One, he’s awesome. He’s my best friend’

And Rita, 32 today, says a man would never have his career eclipsed by the attention on his former lovers.

She says: “I love love, I love being in love, it’s amazing and so fun.

“Who doesn’t? I live life to the fullest. I’m an extremely passionate person when it comes to love, but I don’t base my life on relationships.

“I don’t base my moments on, ‘Oh, I’ll remember this because of that relationship’, that’s just an addition to my life.

“I’ve always been very adamant on focusing on me and my work.

“Look, we are women. Men don’t get asked, ‘Oh, you’ve had 100 boyfriends or girlfriends’. Sometimes they do, but the majority of the time they don’t.

“It comes with the territory, it’s part of the world that you’re in.”

In a BBC1 interview with Louis Theroux on Tuesday, the Hot Right Now singer looks back on her ten years in showbiz, as well as her flings with a string of celebs including music stars Calvin Harris, Bruno Mars and rapper Asap Rocky.

She finally settled down when she met the man of her dreams — Taika, 47 — and got married in August.

Rita says: “It’s something I’ve always dreamed of since I was a kid. He definitely is a great human.

“He’s The One, he’s awesome. He’s my best friend. Being in the industry for over ten years, I’ve suddenly felt a sense of calm, weirdly.

“Maybe that does have a lot to do with my personal life.”

In the hour-long interview Louis also meets her husband, who talks at length about how they got together.

Taika says: “We’d actually known each other for years before we got together. You know who brought her to my house? Rob Pattinson. I was having a barbecue thing, he brought her and we got chatting.

“We were in relationships, both of us. Every time we hung out we would just catch up where we left off and it was a good friendship. And then we decided to ruin it all!

“I just like that we both work hard, we have our own jobs, we’re independent but we’re best friends.

“We’re from different parts of the world, she’s from Kosovo, I’m from New Zealand, very far away, but our backgrounds are very similar.

“We grew up poor, we’re from working-class families. Her dad owns pubs, she hung out in pubs a lot when she was a kid and my mum worked in pubs, a lot of my family loved being in pubs. I was in pubs a lot, all through my childhood.

“Our sensibilities are quite aligned, I think.”

Rita adds: “I grew up on a council estate, drinking in the park with my mates. I was definitely a bit of a wild child, but I wasn’t a ­disrespectful child.

“There was a fine line. You have to remember, my parents are traditional. They are Kosovan parents, they were raised in a specific way — get married, have kids, go to school. So for them it was really important to follow that tradition. I was an anomaly.”

But Rita insists her humble origins, growing up in West London with her older sister Elena and younger brother Don, also spurred her on to become a star — and keep her wanting to stay at the top of her game.

She says: “When you come from nothing and you get something, you always have that fear that you’re going to end up with nothing because you know how it feels.

“So when I had a taste of some sort of success, I was like, ‘I can’t fail’. So anything that triggers that emotional ‘It can all go like that’.

“It brings back how it felt when I had nothing. I definitely didn’t want to fail.” 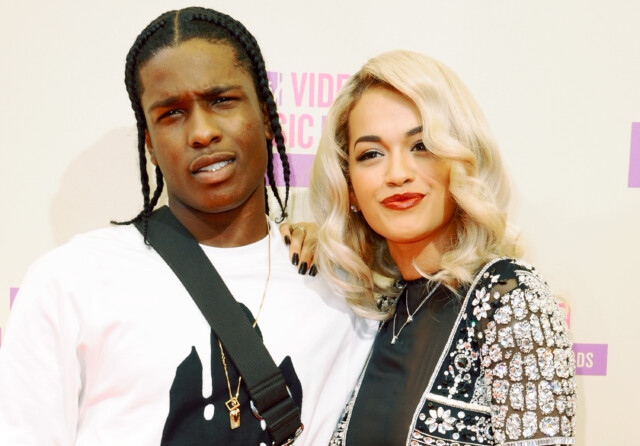 Rita had a fling with rapper Asap Rocky. 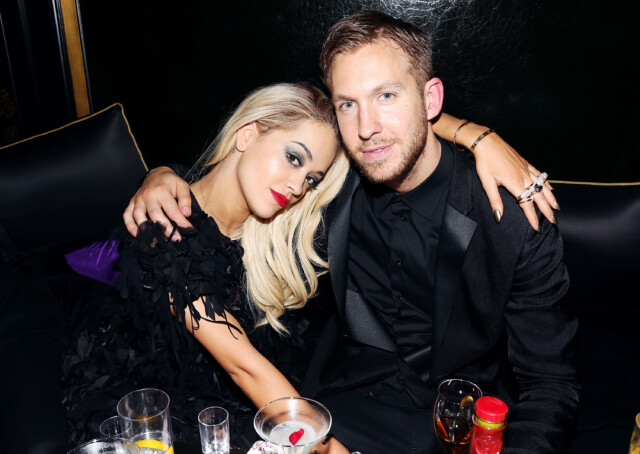 Rita with partner Calvin Harris in 2014

Rita also tells of the strife endured by her Albanian parents, Besnik and Vera, who came to the UK from what is now Kosovo to flee persecution as the former Yugoslavia sank into conflict.

After they arrived in London in 1991, when Rita was a baby, her mum was diagnosed with cancer.

Rita says: “There were moments I felt like I didn’t realise. I didn’t know what to do if my mum was not going to be around.

“All those thoughts were going around my head. I do carry guilt about that. At the same time my parents were trying to keep all the stress away from us.

“They didn’t put the cancer on us, they didn’t really bring money issues to us. I’d see my mum ill, chemo, losing her hair, but she’d never complain to us.”

And Rita gained a boost by attending the Sylvia Young Theatre School in London, which has also produced such stars as Amy Winehouse, Keeley Hawes and Dua Lipa.

She recalls: “I did maths, science and English Monday to Wednesday then I danced and sang Thursday and Friday.

“Then I was an intern at a recording studio. I volunteered to make tea, clean up, do whatever I needed to, whatever I could, to be a pop star.

“To get to that point I tried to get a deal. Shout out to Craig David, he supported me a lot.

“I went on tour with him and that led me to meeting this A&R woman who put me in touch with Jay Brown, the partner of Jay-Z. Then I sent a demo, not thinking they’d look at it.”

Rita remembers being flown to the States to meet Jay-Z in 2008 — and now chuckles at the fact the multi-millionaire flew her economy.

She says: “I think at that point how would I know the difference? I was going to New York.

“The rest is history. I sang a bit of my demo and straight after they were like, ‘We’re signing you’.”

But after joining his label Roc Nation, not everything went to plan.

Rita says: “I don’t know why the music wasn’t coming out. I was recording for two or three years straight. I recorded a music video and they scrapped it.

“I felt really disappointed, I felt I’d let everyone down. It was all odd. If I had the answers, I’d tell you.”

In 2012 she released her first album, Ora, and the same year she made her own break by recording one of her best-known songs

Rita says: “Sarah, my manager, who for me is one of the most ball- grabbing, independent, incredibly inspiring women, really took matters into her own hands.

“We found a song called Hot Right Now with DJ Fresh. We ­presented it to the label and they were like, ‘We’re not putting money into it, it’s not our campaign, it’s Ministry of Sound, go for it’. So I put out Hot Right Now, wanting to prove, ‘Hello! You’re sitting on a gold mine’.”

But matters worsened with Roc Nation and in 2016, after taking the label to court, she split from it, finally recording her second album, Phoenix, in 2018. It spawned several hits including Your Song, Anywhere and Let You Love Me.

Besides music there was a string of lucrative endorsements and ad deals and Rita became a mentor and judge on The X Factor and The Voice UK.

Now, after signing with label BMG, she is finally set to release her long-awaited third album, and says: “My confidence, musically, I think I’ve reached a point where I’m very much contained and settled. 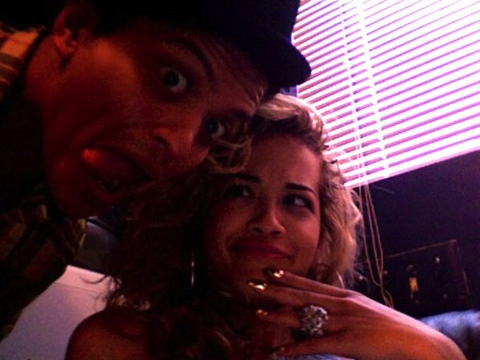 Rita had a fling with singer Bruno Mars 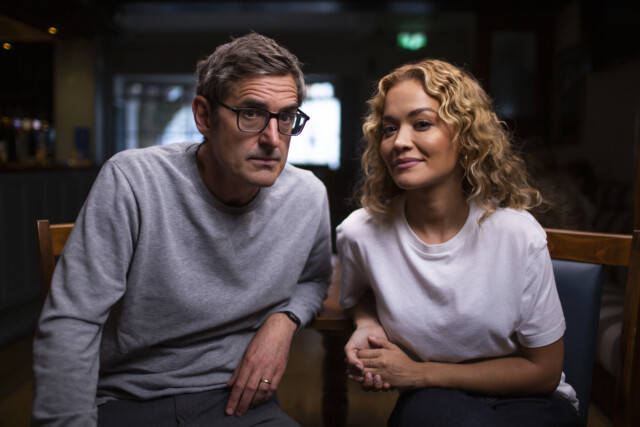 Louis Theroux Interviews Rita Ora is on BBC2 on Tuesday at 9.30pm