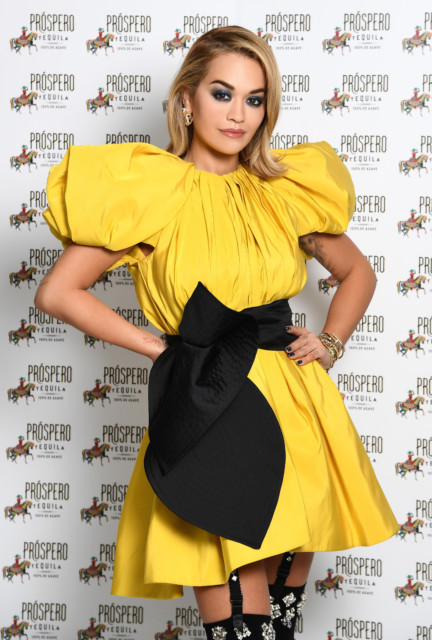 The modern take on Charles Dickens’ 1838 novel Oliver Twist has been met with mixed reviews, with some critics dubbing it “the worst film of the year”.

But the Black Widow singer was having none of it and defended the new release, in which she plays a female Artful Dodger.

“It was, what, 1839 when Oliver Twist came out for the first time. It was his interpretation of street slang and life on the streets,” she said on the Hits Radio Breakfast Show.

“For us now, shooting it in this time, it’s our interpretation of life on the street. So I really love that I was a part of that progression.”

She stars in the Sky Cinema film alongside Michael Caine The film is a modern adaptation of Charles Dickens’ 1838 novel

The singer’s first furore was sparked when she travelled 150 miles from her North London home to spend the UK’s first lockdown with a group of friends at a rented Cotswolds property.

Then the singer celebrated her 30th birthday in November last year by holding a secret bash with celebrity friends in a swanky Notting Hill restaurant.

Rita lost a total of 90,169 on Twitter – with 14,037 hitting unfollow across November and December alone, which is the same time that her birthday party and Egypt trip were exposed. But she promised things were looking up for her as she jetted to Australia to star on the Down Under version of The Voice as a judge.

Rita revealed that more acting jobs were in the pipeline for her.

“Yes, you know I’m actually… There’s a lot of things happening in Australia at the moment,” she told Metro.

“I’m actually going, I’m flying there this weekend to shoot the Voice Australia and there’s a lot of other things happening over there.” In Twist she plays a gender flipped Artful Dodger

She teased: “I really don’t want to give too much away but it’s definitely popping off.”

Like all arrivals to Australia, Rita will have to undergo two weeks of hotel quarantine in line with border force rules. A small number of A-listers including Tom Hanks and Matt Damon are understood to have been given exemptions from the rules to allow them to travel for filming projects.

But TV sources say Rita will undergo the quarantine like all other travellers.

An insider said: “It’s obviously a bit of a pain but she knows she will have to do it just like everyone else.

“She’s had enough controversy after the birthday incident so just wants to keep her head down now and get back to work.”

Nadine Coyle confirmed for Im A Celebrity but when was she in Girls...

Love Island’s Rebecca Gormley on the rocks with Biggs Chris after spending the night...