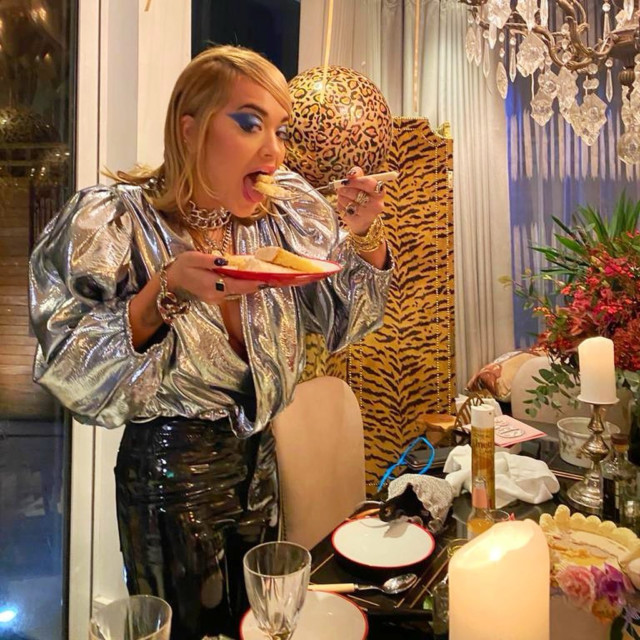 RITA Ora has been deserted by Instagram fans after 200,000 unfollow her in the wake of her lockdown-breaking birthday party.

The singer celebrated her 30th birthday in November last year by holding a secret bash with celebrity friends in a swanky Notting Hill restaurant.

Rita Ora has been deserted by more than 200,000 followers on Instagram after her lockdown-breaking birthday party

When news of the party came to light, Rita was immediately faced with a huge backlash, and has gone on to lose a large amount of her followers.

In fact, more than 200,000 people have removed Rita from their feeds, however, she still has a pretty decent 16 million people who continue to follow her.

However, some were left shocked to discover the star STILL hasn’t changed her 30th birthday Instagram post – which claimed she “didn’t do anything to celebrate”.

One shared screenshots to Twitter and wrote: “You have to marvel at the fact Rita Ora STILL hasn’t edited the caption on the photo where she claimed ‘it felt weird not to be doing anything’ for her birthday when they very next day she was doing hostess with the mostest, pass the Covid parcel at her illegal bash.”

Many of Rita’s followers have removed her from their feeds Another commented on the post last night: “Liar. Dishonest and fake. I used to respect you.”

Yesterday, police branded Rita “selfish” following a hearing of Kensington and Chelsea Council’s licensing sub-committee, with venue Casa Cruz in Notting Hill at risk of being stripped of its licence.

The hearing heard how Casa Cruz had CCTV cameras turned off as guests arrived on November 28 — amid the second virus lockdown – with hard drives later found wiped.

Pictures that emerged at the time showed guests including model Cara
Delevigne and her sister Poppy carrying Rita Ora-branded Tequila. The hearing, which was held online due to Covid restrictions, also heard how Scottie Bhattarai, then manager of Casa Cruz, in West London, was called by Rita’s staff and offered £5,000 to open up for the party.

Scottie Bhattarai has since been sacked.

Charles Holland, who is representing the Met Police’s application, said: “This was one of the most notorious breaches of regulations during the pandemic.”

Slamming Rita and the venue, he added that they had “selfishly wanted to flout the lockdown for financial gain and selfish pleasure”.

More chaos over mask-wearing as Business Sec says people don’t HAVE to wear one...

What football team is Prince William supporting at the World Cup 2022?