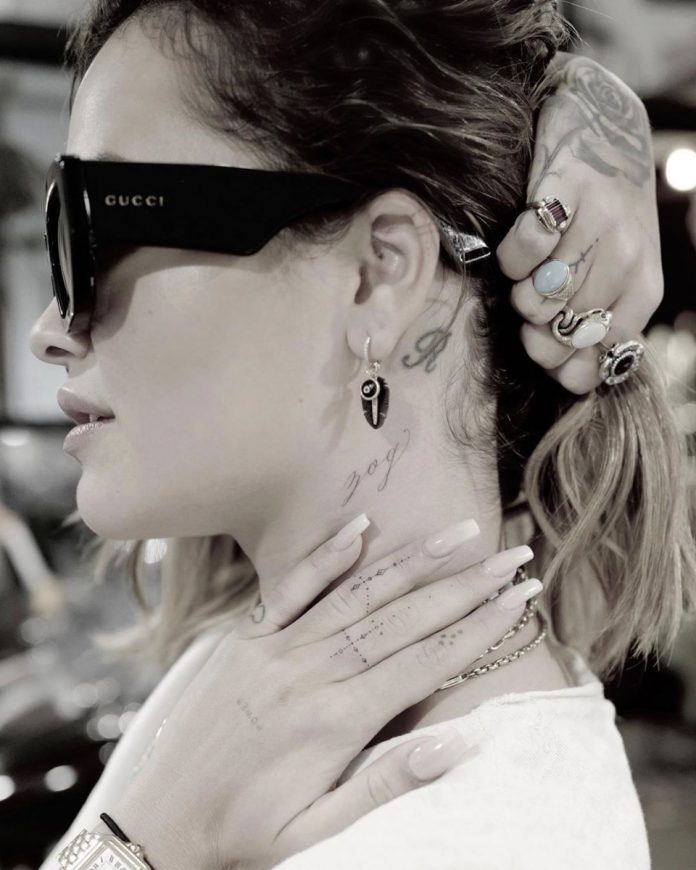 RITA Ora gushed over her new “baby bird” neck tattoo that pays tribute to her childhood.

The Masked Singer judge showed off the tattoo to her Instagram followers, which is located below her ear on her left side.

It pays tribute to her mother Vera and the pet name she gave her daughter: “Zog”.

Rita wrote on Instagram: “When I was younger my mum @veraora would call me her zog, ‘Zogi mamti’ she would say, which means her little baby bird in Albanian.

“So thank you @_dr_woo_ for making this memory with me I love it so much.

“And for my extra fingers jewels too love love.”

Fans also gushed over it, with one person saying: “This is adorable wtfff.”

Another added: “How cute is this please”

A third said: “Wow that caption is making me emotional.”

Rita is very close with her mum Vera – so much so that her mum told her to stop taking her kit off.

In October 2018, Vera revealed she needed to have some mother-daughter talks with the singer about her raunchy outfits and naked advertising campaigns,telling the singer to put some clothes on.

Rita has doubled her fortune, with figures revealing that in the space of 12 months, the combined cash in her firms swelled from 4.9million to 10.2million.

Rita, currently a panellist on ITV show The Masked Singer, has also landed a string of endorsement and ad deals since she shot to fame in 2012, with the likes of Coca-Cola, Rimmel and Adidas which is sure to have helped boost her bank balance.

On reflection Ma’am, perhaps it was unwise to remove Harry & Meg’s royal patronages

Who is Davina McCall dating and does she have children?